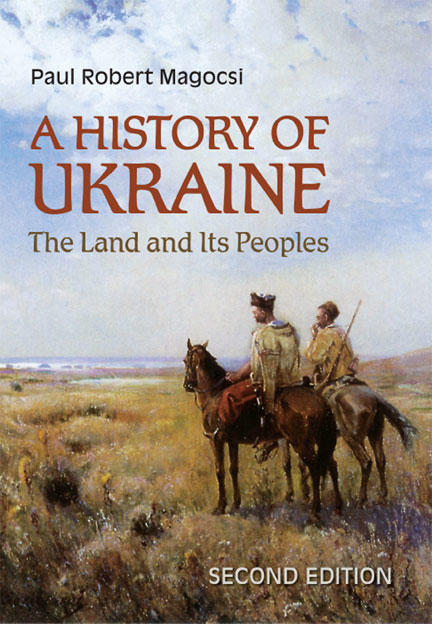 First published in 1996, A History of Ukraine quickly became the authoritative account of the evolution of Europe's second largest country. In this fully revised and expanded second edition, Paul Robert Magocsi examines recent developments in the country's history and uses new scholarship in order to expand our conception of the Ukrainian historical narrative.

New chapters deal with the Crimean Khanate in the sixteenth and seventeenth centuries, and new research on the pre-historic Trypillians, the Italians of the Crimea and the Black Death, the Karaites, Ottoman and Crimean slavery, Soviet-era ethnic cleansing, and the Orange Revolution is incorporated. Magocsi has also thoroughly updated the many maps that appear throughout.

Maintaining his depiction of the multicultural reality of past and present Ukraine, Magocsi has added new information on Ukraine's peoples and discusses Ukraine's diasporas. Comprehensive, innovative, and geared towards teaching, the second edition of A History of Ukraine is ideal for both teachers and students.

Paul Robert Magocsi, FRSC, is professor of history and political science and holds the John Yaremko Chair of Ukrainian Studies at the University of Toronto.

'The task of writing a new history of Ukraine is a difficult balancing act ... Not only the end of the Cold War and the gradual reintegration of Eastern Europe into the European community but also the rethinking of the nation-state and nationalism as historical forces challenge the ways in which the teaching and writing of modern history have been structured. Magocsi's History will long serve as a model for those who dare to grapple with these central issues.'

'Magocsi's mastery of ethnographic material, his skillful inclusion of primary documents, and the valuable annotated bibliography make his work [a] useful and comprehensive tool for the student of Ukraine.'

'Reminiscent of some of the great works of Russian and Ukrainian history of the nineteenth century ... The book is characterized by wide and deep learning, remarkable objectivity, rational organization, clarity of presentation, and profound awareness of a variety of national sensitivities.'

'A magisterial history ... of the Ukrainian land and all the peoples who have fought over, thrived in, and suffered upon it, from the ancient Scythians ... to the present day.'

Other titles by Paul Robert Magocsi

A Millennium of Co-Existence

Crimea and the Crimean Tatars

Encyclopedia of Rusyn History and Culture