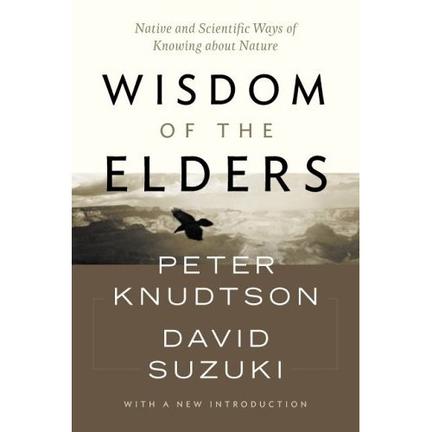 First published in 1992, this classic David Suzuki title is now back in print, with a new introduction. A meticulous gathering of both scientific insight and Native knowledge, Wisdom of the Elders offers a way to reconcile our place in nature, by listening to our elders. From the foundations of time, the big bang, and the creation of the cosmos, to the fate of the earth as predicted by leading scientists and the sacred stories and traditions of Native peoples, this acclaimed collection of the world's wisdom shows that the future of the planet lies in listening to both these worldviews.

Peter Knudtson is a Victoria-BC-based nature writer who has written on topics ranging from molecular genetics and natural history to anthropology, ecology, and ethics.

Wisdom of the Elders presents an eloquent plea for modern society to more considerately interact with nature. —Publishers Weekly

A well-organized, sensitive, and thought-provoking work that will be useful in popular science and ecology collections. —Library Journal

Other titles by Peter Knudtson