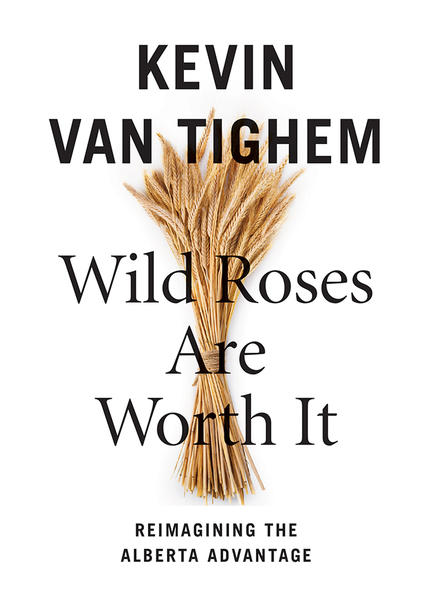 A timely collection of provocative, personal, and thoughtful essays for an Alberta in transition.

This selection of works by naturalist, hunter, conservation activist, and outdoors journalist Kevin Van Tighem will both inspire and provoke, because it offers an unflinching challenge to cherished myths and conventional wisdom in a troubled province beset with profound questions about its future. Even at their most provocative, however, these writings remind us of what is best about the Alberta spirit, and offer the possibility of a more sustaining relationship with our place and with one another.

The rich imagery in these writings is drawn from the author's intimate relationship with the streams, forests, grasslands, and mountains of the Canadian West. There may be no sacred cows in Van Tighem's prose, but even the most unblinkingly critical of his writings resonate with a love of place and an abiding respect for the people whose lives he shares. He reminds us that Alberta's stories were always meant to be about much more than oil. At a time when social, economic, and environmental changes confront and confound what is still one of Canada's greatest provinces, we need better ways of remembering our past, knowing our present, and imagining our future. That's what this inspiring body of work offers — just in time for tomorrow.

Praise for Wild Roses Are Worth It: Reimagining the Alberta Advantage:

“Kevin Van Tighem … writes with an inspiring hope, that through more humility, critical thinking, and action, we can, and must, leave a better land to the next seven generations.” — David Swann, physician, human rights and environmental advocate, and four-term Alberta MLA

“In a world thrown out of kilter, Kevin Van Tighem calmly focuses our gaze close to home, unveiling problems and opportunities over which we have some control. Authoritative, unflinching, and always infused with hope.” — Candace Savage, author of Strangers in the House: A Prairie Story of Bigotry and Belonging and A Geography of Blood: Unearthing Memory from a Prairie Landscape, which won the Hilary Weston Writers’ Trust Prize for Nonfiction

“A call to stewardship that challenges all Albertans to leave this incredible corner of the Earth called Alberta as beautiful and healthy as we first found it.” — Ted Morton, professor, author, former Alberta Minister of Sustainable Resource Development

“Kevin Van Tighem is a deeply rooted Albertan with all that that implies: strong opinions, a big work ethic and a deep love of nature. He is also one of our most important bards. Van Tighem’s fine prose essays challenge us to examine ourselves in the harsh light of day, to recognize that we have been failing the promise of this most beautiful of places, and to set ourselves the pioneering task of the 21st century: to live in Alberta as though we want to stay rather than continuing to enable those who want to cash in and move on.” — Harvey Locke, conservationist, author and photographer

“With efficiency and economy, Kevin Van Tighem brings his own and his informants’ knowledge and experience to bear on Alberta’s most pressing environmental problems. Essay by essay, story by story, Van Tighem turns the wheel and a viable solution comes out. If there isn’t a solution, he provides a straightforward warning. This is hope for people who don’t hope easily.” — Fred Stenson, award-winning novelist, non-fiction writer and author of more than 150 film and video scripts; a founding member of the Writers’ Guild of Alberta; 15 years as director of the Wired Writing Studio at The Banff Centre; and long-time columnist in Alberta Views magazine

Fighting for the Planet: Inspiring Books for Earth Day

An eclectic list of inspiring books about fighting to protect the planet.