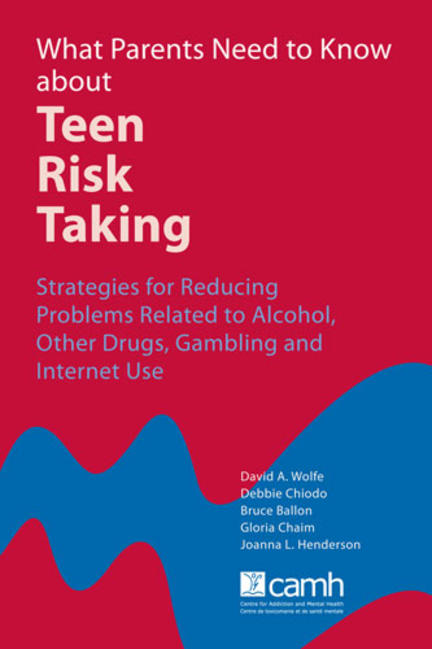 Adolescents are natural experimenters. As your children and their friends approach the age when they are more likely to engage in risky behaviours, such as drinking, smoking, using other drugs or gambling, you may want to know how to prevent your teen from experimenting with these activities or at least keep them to a minimum. This can be a scary time for adolescents as well as their parents. Teens will face the pressures to experiment with alcohol, tobacco and other drugs, and may want to explore some gambling activities. As parents, you will face difficult situations, balancing your teen’s need to become more independent and autonomous while still providing the guidance and monitoring teens need at this time.

Written in chatty, down-to-earth language, What Parents Need to Know about Teens: Strategies for Reducing the Risks of Alcohol, Tobacco, Other Drugs and Gambling addresses the challenges and risks that appear as your children move into adolescence. It suggests strategies for guiding your teens and maintaing good relationships with them as they move through this stage of development. Topics include: why adolescence is important; why teens experiment and take risks (and why some don’t); and when experimenting becomes a problem.

This booklet follows What Parents Need to Know about Teens: Facts, Myths and Strategies, which focuses on what’s considered normal adolescent behaviour, how to determine whether your child is on a good path, how to encourage your teen’s healthy development, and how to get help when problems arise.

Other titles by Bruce Ballon