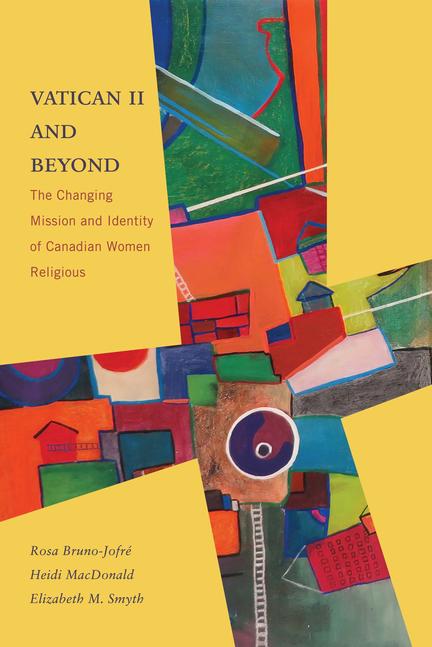 The year 2015 marked the fiftieth anniversary of the end of the Second Vatican Council, which aimed to align the Church with the modern world. Over the last five decades, women religious have engaged with the council’s reforms with unprecedented enthusiasm, far exceeding the expectations of the Church.

Addressing how Canadian women religious envisioned and lived out the changes in religious life brought on by a pluralistic and secularizing world, Vatican II and Beyond analyzes the national organization of female and male congregations, the Canadian Religious Conference, and the lives of two individual sisters: visionary congregational leader Alice Trudeau and social justice activist Mary Alban. This book focuses on the new transnational networks, feminist concepts, professionalization of religious life, and complex political landscapes that emerged during this period of drastic transition as women religious sought to reconstruct identities, redefine roles, and signify vision and mission at both the personal and collective levels.

Following women religious as they encountered new meanings of faith in their congregations, the Church, and society at large, Vatican II and Beyond demonstrates that the search for a renewed vision was not just a response to secularization, but a way to be reborn as Catholic women.

Heidi MacDonald is associate professor in the Department of History at the University of Lethbridge.

Elizabeth M. Smyth is professor and vice-dean of programs in the School of Graduate Studies at the University of Toronto.

Other titles by Rosa Bruno-Jofré

Situating Deschooling Society in His Intellectual and Personal Journey

The Sisters of Our Lady of the Missions

From Ultramontane Origins to a New Cosmology

Catholic Education in the Wake of Vatican II

Teacher Education in a Transnational World

Democracy and the Intersection of Religion

The Reading of John Dewey's Understanding of Democracy and Education