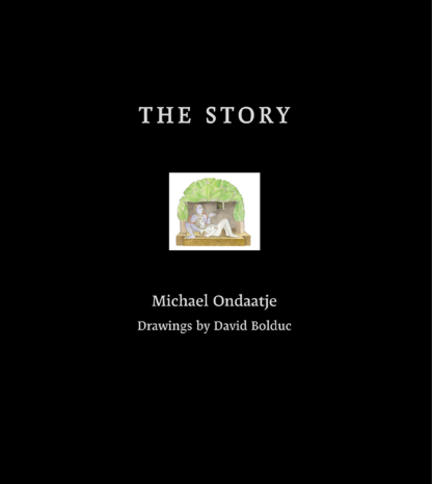 Michael Ondaatje's poetry has become a touchstone in Canadian letters. To readers, his work includes some of the most memorable and moving verse written in the past half-century. To writers, his sensual line and diamond-cut imagery have become a tuning fork and a road map into the world. The Story is another gem, another atlas of intense connections and unavoidable loss.

Like a miniature of Ondaatje's larger themes -- love, memory, family, exile -- The Story unfolds into our dismantled childhoods, and offers us the freedom to extend its narrative into our own lives.

This beautiful, hauntingly illustrated edition of Michael Ondaatje's poem The Story was conceived by Ondaatje and artist David Bolduc as a fundraising project for World Literacy of Canada. All royalties from the sale of this book will go directly to World Literacy to help it continue its literacy work with women and children in India.

David Bolduc has done drawings for a number of publications, including David Rosenberg's Paris & London and Leavin' America, Wayne Clifford's An Ache in the Ear, Roy Kiyooka's December/February '87 '88, and Victor Colemanâ??s Parking Lots for Greg Curnoe. Bolduc is a regular contributor of drawings to Brick.

Other titles by David Bolduc