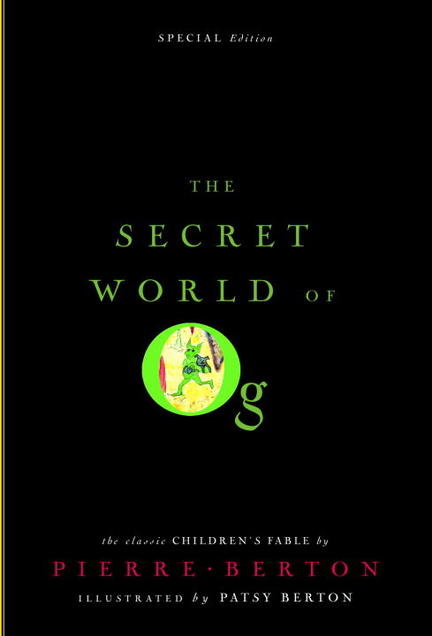 The Canadian Classic, written by Pierre Berton and illustrated by his daughter, Patsy is now a 26 episode animated children’s series on CBC television beginning Saturday, September 9, 2006. Berton often cited The Secret World of Og as his favourite of his forty-seven books. It has sold more than 200,000 copies in four editions.

The series follows the five Berton children, Penny, Pamela, Peter, Patsy, and baby Paul (better-known as “The Pollywog”) as they discover and explore a vast,mysterious world of caverns and rivers hidden beneath a trapdoor in the floor of their clubhouse. In their subterranean adventures, they befriend the little green inhabitants called Ogs, share their worldly knowledge with them, and, at the same time, gain a little wisdom themselves.

The series is directed by Paul Schibli who also directed the long-running CBC series The Raccoons.