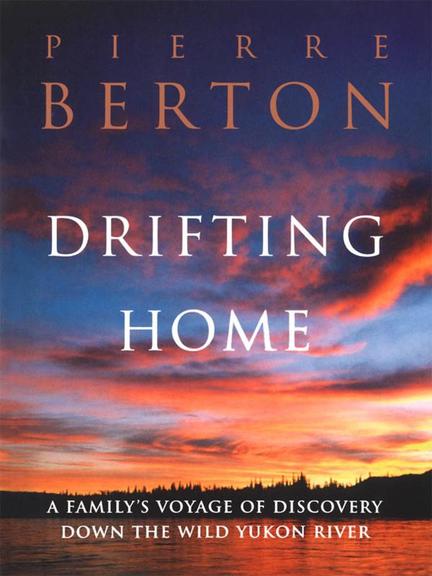 Drifting Home is an account of a journey by Pierre Berton and his family as they raft down the Yukon River from Lake Bennett, British Columbia, to Dawson in the Yukon Territory. It is a meditation on family and childhood and the small moments from which memories are drawn. It is also a tribute by a son to his father.

During the Klondike summer of 1898, Francis George Berton paddled the waters of this historic river. Berton was one of the pioneering adventurers who sought his fortune in the goldfields of the north. When the gold rush ended and the crowds left, he stayed on in Dawson City, Yukon, as government mining recorder, married and started a family. It was there, in Canada's most famous ghost town, that Pierre Berton spent his vividly remembered childhood.

Through a unique blending of nostalgia, his deep love of the land and his unrivalled knowledge of the history and the area, Pierre Berton has created this magical tale. As he and his entire family drift along this slow-moving, braided, shallow river -- one of the world's last great wild rivers -- they discover their connection to each other and to this pristine wilderness with a colourful past.