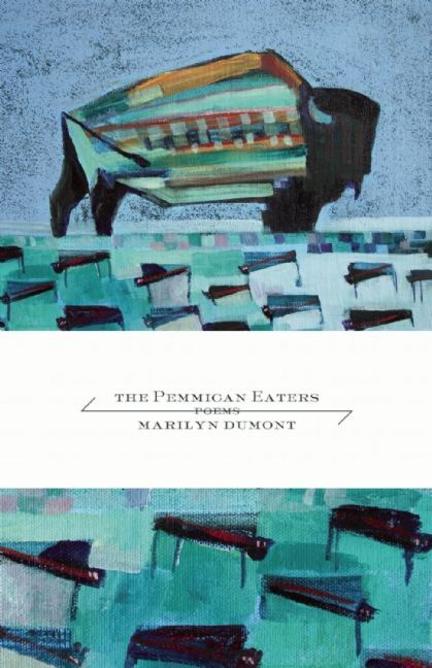 With a title derived from John A. Macdonald’s moniker for the Métis, The Pemmican Eaters explores Marilyn Dumont’s sense of history as the dynamic present. Combining free verse and metered poems, her latest collection aims to recreate a palpable sense of the Riel Resistance period and evoke the geographical, linguistic/cultural, and political situation of Batoche during this time through the eyes of those who experienced the battles, as well as through the eyes of Gabriel and Madeleine Dumont and Louis Riel.

Included in this collection are poems about the bison, seed beadwork, and the Red River Cart, and some poems employ elements of the Michif language, which, along with French and Cree, was spoken by Dumont’s ancestors. In Dumont’s The Pemmican Eaters, a multiplicity of identities is a strengthening rather than a weakening or diluting force in culture.

“Dumont’s work is visual and evocative, highlighting recurring symbols and images of a natural world that will be familiar to any dweller of the Prairies . . . The Pemmican Eaters builds off the poet’s earlier work and highlights a writer who has mastered both craft and voice.” — Quill & Quire

"It’s a book whose connections to the world are so multitudinous that you keep putting it down as you’re reading to share something fascinating, and then when the book is done, you go out walking down the street, and the connections all come back to the other way." — Pickle Me This

“A rollicking poem about the fiddle ('the first high call of the fiddle bids us dance/baits with its first pluck and saw of the bow/reels us, feet flick — fins to its lure and line') becomes a statement of cultural pride and defiance — much like The Pemmican Eaters as a whole.” — Toronto Star

“Dumont honours Métis traditions in music and beadwork in a number of lyrically driven poems. The Pemmican Eaters is a statement of cultural pride and defiance, much like Marilyn herself.” — CBC News Online

“Marilyn Dumont uses both rhythmic and free verse to provide a brilliant and insightful look at Métis and Cree people.” — Scene Magazine