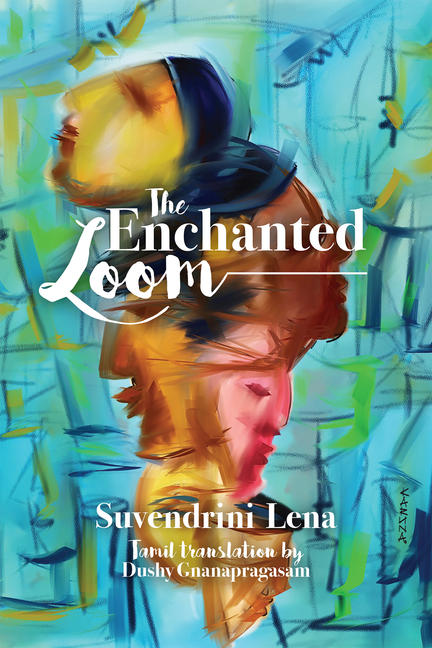 The Sri Lankan civil war has left many scars on Thangan and his family, most noticeably the loss of his eldest son and the crippling epileptic seizures brought on by his torture. As the final days of the war play out, the family bears witness from their new home of Toronto. Thangan’s other son Kanan comes home from a protest, shaken that someone referred to him by his brother’s name. His young daughter Kavitha innocently dances around with a mysterious pair of anklets that she found. And Thangan’s wife Sevi is consumed with feeling responsible for her broken family. Amidst the ongoing trauma, the family is faced with the possibility of Thangan undergoing neurological surgery. Will the surgery give them a chance to heal, or will it cause even more pain?

Presented in both English and Tamil, this poetic play is both medical and mystical, drawing a connection between trauma and memory that creates a stark reminder of loss, hope, family, and freedom.

Suvendrini Lena is a playwright and neurologist. She works as the staff neurologist at the Centre for Addiction and Mental Health and at the Centre for Headache at Women’s College Hospital. She is a lecturer in psychiatry and neurology at the University of Toronto where she teaches medical students, residents, and fellows. She also teaches a course called Staging Medicine, a collaboration between the Theatre Centre and University of Toronto Postgraduate Medical Education. As a neurologist she is particularly interested in conditions that alter the fabric of consciousness—epilepsy, dementia, psychosis, and migraine.

Dushy Gnanapragasam received his initiation into theatre at St. Henry’s College in Illavalai, Sri Lanka, and has been an integral part of the vibrant Tamil theatre scene in Toronto for over twenty years. He has directed several of his own translations for Manaveli Performing Arts Group, including Harold Pinter’s New World Order, Mario Fratti’s The Satraps, and Ivan Turgenev’s Broke. He has also directed plays for Asylum Theatre Group, including R. Cheran’s What if the Rain Fails and Not By Our Tears. Off stage, he writes and translates for Thaiveedu, a Tamil monthly with a heavy focus on the arts.

Sharryn Aiken is an associate professor in the Faculty of Law at Queen’s University. Prior to her academic appointment, she practised refugee law in Toronto, representing claimants fleeing violence and persecution from many countries, including Sri Lanka. Her current research aims to bring a critical, intersectional lens to immigration and border policies in Canada and internationally. She is a past president of the Canadian Council for Refugees, and a board member of FCJ Refugee Centre in Toronto.

Dr. R. Cheran is a Tamil Canadian academic, poet, playwright, and journalist. He is a professor of sociology at the University of Windsor in Canada. He has authored over fifteen books in Tamil, and his work has been translated into twenty languages. Several volumes of his work have been published in English translation, including The Second Sunrise (translated by Lakshmi Holmstrom, 2010), In a Time of Burning (translated by Lakshmi Holmstrom and Sascha Ebeling, 2013), and You Cannot Turn Away (translated by Chelva Kanaganayakam, 2011). His poems in English translation have also been published in numerous literary magazines, such as Bomb (New York), Modern Poetry in Translation, Many Mountains Moving, Exiled Ink, Mantra Review, and Talisman.

“The storytelling is sensitive and nuanced.”

“It is an important story that needs to be told.”

Other titles by R. Cheran

Being Human, Being Tamil