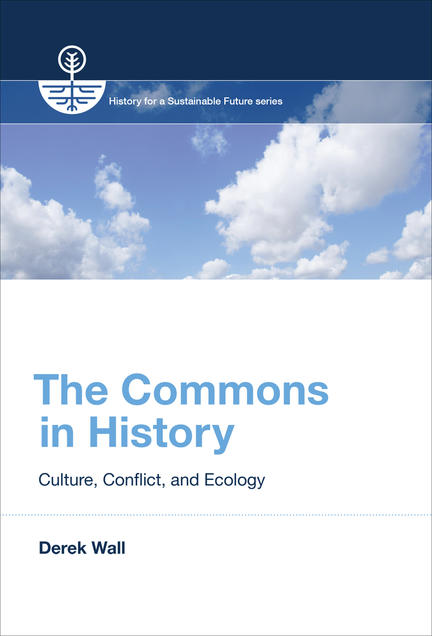 An argument that the commons is neither tragedy nor paradise but can be a way to understand environmental sustainability.

The history of the commons—jointly owned land or other resources such as fisheries or forests set aside for public use—provides a useful context for current debates over sustainability and how we can act as “good ancestors.” In this book, Derek Wall considers the commons from antiquity to the present day, as an idea, an ecological space, an economic abstraction, and a management practice. He argues that the commons should be viewed neither as a “tragedy” of mismanagement (as the biologist Garrett Hardin wrote in 1968) nor as a panacea for solving environmental problems. Instead, Walls sees the commons as a particular form of property ownership, arguing that property rights are essential to understanding sustainability. How we use the land and its resources offers insights into how we value the environment.

After defining the commons and describing the arguments of Hardin's influential article and Elinor Ostrom's more recent work on the commons, Wall offers historical case studies from the United States, England, India, and Mongolia. He examines the power of cultural norms to maintain the commons; political conflicts over the commons; and how commons have protected, or failed to protect ecosystems. Combining intellectual and material histories with an eye on contemporary debates, Wall offers an applied history that will interest academics, activists, and policy makers.

Derek Wall, a former Principal Speaker of the British Green Party, was a founder of the Ecosocialist International and Green Left. He is the author of numerous books, including Green History: A Reader in Environmental Literature, Philosophy, and Politics, and Babylon and Beyond: The Economics of Anti-Capitalist, Anti-Globalist and Radical Green Movements.

This is a terrific book. The first book in MIT Press's History for a Sustainable Future Series and written by English Green Party politician Derek Wall, the Commons in History is aimed less at scholars, I expect, than at a general audience of people who want to change the world by embracing common and collective forms of property.—Environmental History—

Other titles by Derek Wall