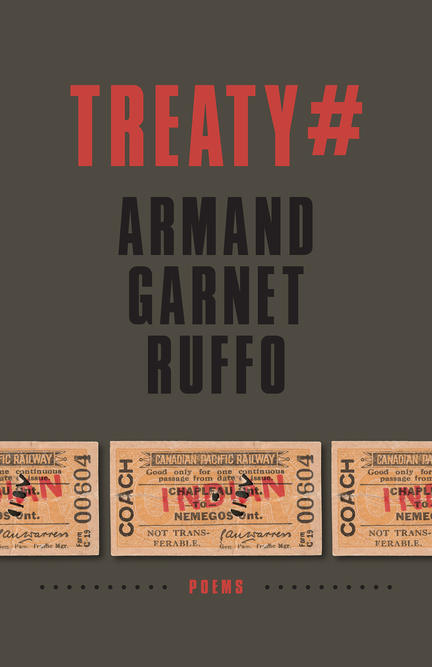 A treaty is a contract. A treaty is enduring. A treaty is an act of faith. A treaty at its best is justice. It is a document and an undertaking. It is connected to place, people and self. It is built on the past, but it also indicates how the future may unfold. Armand Garnet Ruffo's TREATY # is all of these. In this far-ranging work, Ruffo documents his observations on life &ndash and in the process, his own life &ndash as he sets out to restructure relationships and address obligations nation-to-nation, human to human, human to nature. Now, he undertakes a new phase in its restoration. He has written his TREATY # like a palimpsest over past representations of Indigenous bodies and beliefs, built powerful connections to his predecessors, and discovered new ways to bear witness and build a place for them, and all of us, in his poems. This is a major new work from an important, original voice.

"Ruffo's Treaty # relentlessly underscores the horrors that a lax and empty use of verbiage can produce." - Catherine Owen, Marrow Reviews

The books that shaped our community's literary year.