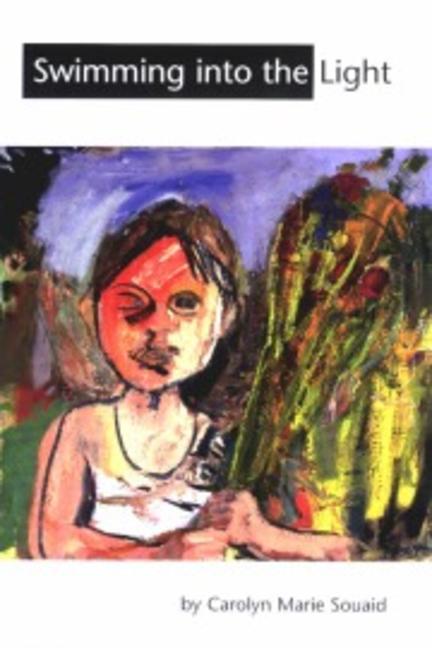 Swimming into the Light is a sequence of poems charting a woman's struggle with infertility and her entry into motherhood through the back door of international adoption. The book traces these events in a connected narrative, from her frustration and despair over infertility to the uncertainty of international adoption and rescuing a new life from a war-torn country, and finally to the quiet reflections on motherhood. Shortlisted for the QSPELL A.M. Klein Poetry award, Swimming into the Light has recently been translated into French and published by Écrits des forges as La fille au bord de l'eau.

Excerpt: Swimming into the Light (by (author) Carolyn Marie Souaid)

The tests don't matter, not the icy probe of his finger, not the flood of purple dye into the beaten bag of my womb, nothing matters but the promise of a would-be fetus, fragile as the wobbling foal in barn light.

In his lab, bits of women float in flasks like grains of Aspirin in a chaos of ginger ale. The one bitter pill of their lives.

They line up at his door— their shaman, their priest, God, whatever— thumbing magazines, eyeing one another, eyeing his diplomas, like glittering icons on the wall waiting to see who won, who failed whose experiment took, whose didn't they'll all be back next month for more tests more consultations, they'll lean across his desk opening their bodies to him in confession praying for mercy.

babies in their laps like steaming loaves of bread.

Death is a distant country to them a great, green curve of land where ancestors wait unburdened—

mosaic of upturned faces like golden plates of fruit in the sun.

“ Written with a tough intelligence and a bracing earthiness, Swimming into the Light tells a poignant story that brings together three generations in the land of Souaid's ancestors. 'He's kind of an embodiment of both my future and my past,' Souaid said of her son, Alex, whom she, her husband and her mother travelled to Lebanon to adopt in 1992. The book, which is dedicated to Souaid's son, manages to graft the sensibility of a contemporary North American woman struggling with infertility to a delicate search for distant roots. Many of the poems have the quality of snapshots, capturing the Lebanon of a particular moment, as viewed by an outsider with more than a passing interest in what she sees.”