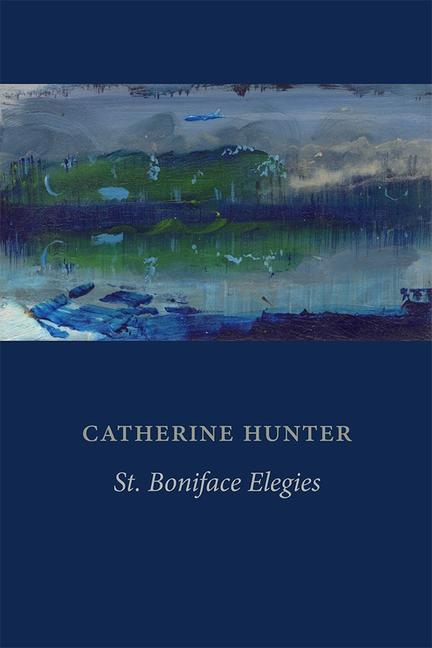 In four sections, St. Boniface Elegies traces a poet's relationships with her family and her community through poems about travel, love, illness, work, and the writing life.

The first section, "Submission," focuses on the importance of place: the Cape Cod poems describe a holiday taken in the midst of a period of grieving, while the Irish poems delve into the poet's relationship to her ancestors, the Banff poems look at the irony of an injury to the writer's hand while away at a writing retreat, and the poem "Oodena," set at the junction of the Red and Assiniboine Rivers, describes a magical place where birth, marriage, death, and the imagination converge.

"Winter Archive" questions the role of the poet in the contemporary urban environment and shifting cityscape of poverty, broken families, and broken promises in the state of emergency that is Winnipeg.

"The News" is a suite of poems about the effect of a devastating medical diagnosis on a marriage, and the final illness of Hunter's partner.

The final section, "The Reader," includes a rhythmic Twitter-generated description of Canada's "poetry wars"; a humorous but loving homage to Al Purdy; and three glosas that respond to work by the writers Adrienne Rich, Richard Wilbur and Rainer Maria Rilke.

Catherine Hunter's last poetry collection, Latent Heat, won the McNally Robinson Manitoba Book of the Year Award. Four of the poems in St. Boniface Elegies, originally published in Contemporary Verse 2, won the Manitoba Magazine Award for Best Poem or Suite of Poems and earned Honorable Mention in the National Magazine Awards. Her most recent novel, After Light (Signature), spans four generations of an Irish-American-Canadian family in a tale of love, war, trauma, and the power of art, and was a finalist for the Margaret Laurence Award for Fiction, the Carol Shields Winnipeg Book Award, the McNally Robinson Book of the Year Award, the Mary Scorer Award for Best Book by a Manitoba Publisher, and the High Plains Book Award for Best Woman Writer. She has also published several mysteries with Ravenstone/Turnstone, and recorded a spoken word CD (Rush Hour, from Cyclops Press, with a bonus track by The Weakerthans). Her writing has appeared in the literary journals The Malahat Review, Prism International, Essays on Canadian Writing, Matrix, West Coast Line, Prairie Fire, CV2, and Grain, and the anthologies The Echoing Years: Contemporary Poetry from Canada and Ireland; Post Prairie: An Anthology of New Poetry; Best Canadian Poems 2013; Best Canadian Poems 2015; and (forthcoming) Best Canadian Poems 2019. She edited Exposed, an anthology of five new women poets, and Before the First Word: The Poetry of Lorna Crozier, and for ten years she was the editor of The Muses' Company poetry press. Since 1991, she has enjoyed teaching literature and creative writing at the University of Winnipeg.

In the First Early Days of My Death

Survival: Context and Compassion Through Grief