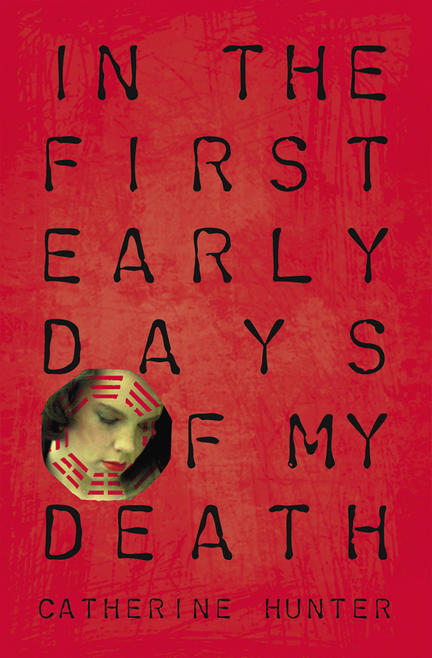 When young, unlucky Wendy Li finds herself floating above the trees and buildings of her home town Winnipeg, she immediately suspects she's been murdered by her husband's jealous ex-lover, Evelyn. But no one is aware of Wendy's spirit drifting over the city, longing to settle the unfinished business of her life. The citizens of Winnipeg are embroiled in controversy over the construction of a new casino. Wendy's psychic mother-in-law can't see a thing; her superstitious sister-in-law is afraid of ghosts; and her beloved husband is too stupid to realize what's going on...or is he? Meanwhile, the detective down the street seems more intent on regaining his own wife's attention than on seeking justice.

As Wendy watches from above, she begins to fear that Evelyn will get away with murder, and that no one will remember to water the garden.

Poet and novelist Catherine Hunter has published three collections of poetry, Necessary Crimes, Lunar Wake, and Latent Heat (which won the Manitoba Book of the Year Award); three thrillers, Where Shadows Burn, The Dead of Midnight, and Queen of Diamonds (Ravenstone Press); the novella In the First Early Days of My Death; and the spoken word CD Rush Hour (Cyclops Press), which includes a bonus track featuring The Weakerthans. Two of her novels have been translated into German. Her essays, reviews, and poems appear in many journals and anthologies, including Essays on Canadian Writing, The Malahat Review, West Coast Line, Prairie Fire, CV2, The Echoing Years: Contemporary Poetry from Canada and Ireland, and Best Canadian Poems 2013. She edited Before the First Word: The Poetry of Lorna Crozier, and for ten years she was the editor of The Muses’ Company press. She teaches English and Creative Writing at the University of Winnipeg.

Excerpt: In the First Early Days of My Death (by (author) Catherine Hunter)

In the first early days of my death, I could easily rise above the earth, past the massive, crenulated tops of the elm trees, over the scent of honeysuckle, into the summer sky that was thick and soft as a dark bolt of cloth, stars pushing themselves through like bright needles.

I could see the narrow, muddy Seine trickling north and the wide, muddy Assiniboine flowing east, both of them emptying into the Red River. I could see the whole length of the Red, its gleaming black surface with the wake of the moon upon it like a curved path I could trace to the horizon. I saw every house I'd ever lived in and the orange cross above the hospital where I'd been born and where I now lay. I peered into the windows of buildings and learned to part the glass like curtains so that I could pass right through.

If I wanted to, I could reach anywhere, feel the whole world at once, full of water and white sand and polar ice, fish in the oceans, red peppers and basil and lilies with their folded petals closed, unbearably lush and delicate and quiet in the darkness. I could hear everything, each exhalation of the humid air breathing through the branches far below, each muted puncture of the sky as another star poked through.

Some nights, if I let the wind blow through me, I could hear the dead begin to speak.

Their voices, low and insistent, rustled past me like the wings of flying birds, and sometimes they sang.

Maybe my life would have ended differently if I'd accepted Mrs. Kowalski's invitation to join her at that protest rally at City Hall. Mrs. Kowalski was a determined woman, the most persuasive of my mothers, but I'd said no. I had to clean the house that day. I had to prune the oregano before it encroached any further on the lettuce patch. And I definitely had to phone a locksmith. Besides, Mrs. Kowalski was always protesting something. The year I was thirteen, it was pesticides. The year I was fourteen, it was pornography. By the time I was fifteen, I'd gone to live on Langside Street with old Mrs. Lamb, who was far beyond the mothering age and certainly past protesting anything. But Mrs. Kowalski never gave up. That summer, she was against gambling. Or at least gambling downtown.

The City of Winnipeg had changed a lot of bylaws so that All-Am Development could tear down four square blocks of Winnipeg's remaining core and erect a luxury casino complex, complete with gourmet restaurants, fountains, and skylights, and a glass tower with a green spire that would be the tallest structure ever built in the city. This plan angered a lot of people because of the historic buildings that would be destroyed, including the Walker Theatre, where Nellie McClung had staged the famous mock parliament in 1914 which debated the issue of granting the vote to men. It enraged others simply because the mayor pushed through the bylaws without consulting the public. And it incensed people like Mrs. Kowalski, who didn't believe in games of chance. She grounded me once for playing poker with the boy next door, although we were only playing for pennies. She was the strictest mother I ever had, and wouldn't listen to excuses. "Don't push your luck," she always said. Maybe she was right, considering the way everything turned out.

This is an elegant little novel built on the Chinese legend that those who die violently remain in spirit in the place of death until their life's business is completed. In Wendy Li's case, that means drifting about Winnipeg attempting to prove that her husband's mistress, Evelyn, murdered her. But being a ghost is more difficult than one suspects. Wendy's husband, Alika, seems too deadened with grief to realize she's about. Alika's mother, a psychic, seems suddenly blind, and his sister is afraid of spirits. The detective investigating the crime has problems of his own, and Wendy fears that she will end up as a cold case, drifting about Portage and Main for eternity. Then there's a question about just what did happen. How much does a ghost know? Is what she thinks is the truth actually the truth? In the First Early Days of My Death is well written and clever, as Wendy and her former family move through the parallel worlds of her death and their lives.