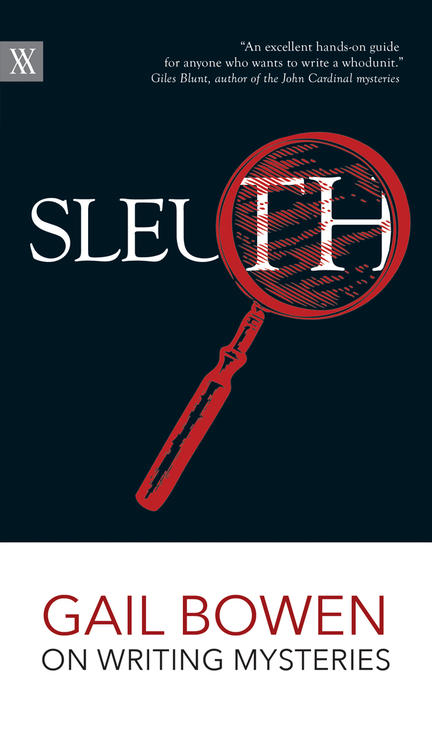 “Masterful.” Barbara Fradkin, two-time winner of the Arthur Ellis Award for Best Novel “Gail Bowen’s Sleuth is a marvelous guide to the art of writing mysteries, told with verve, humour and elegance, and with a rare insight into the value of creating stories that explore the darkest parts of human nature.” Ausma Zehanat Khan, author of The Unquiet Dead

“This is one of the best ‘how-to’ books I’ve read. Utterly entertaining and personable, Gail Bowen also has some very solid tips for writers. I got re-inspired. New writers have a wonderful guide.” Maureen Jennings, author of the Murdoch Mystery series

“In her primer Sleuth, Gail Bowen has taken the mystery out of writing mysteries, and in her insightful and humorous and compendious way (she cleverly cites Elmore Leonard, Richard Price and others) Gail actually describes the building blocks that form the basis of any novel, mystery or not.” Ian Hamilton, author of the Ava Lee novels “Intimate and informative, Bowen’s Sleuth is destined to become a staple in every writer’s tool box [….] an instant classic.” Robert Rotenberg, author of Heart of the City

A Darkness of the Heart

The author of riveting new novel The Showrunner on titles in which women authors are "killing it," literally and otherwise.