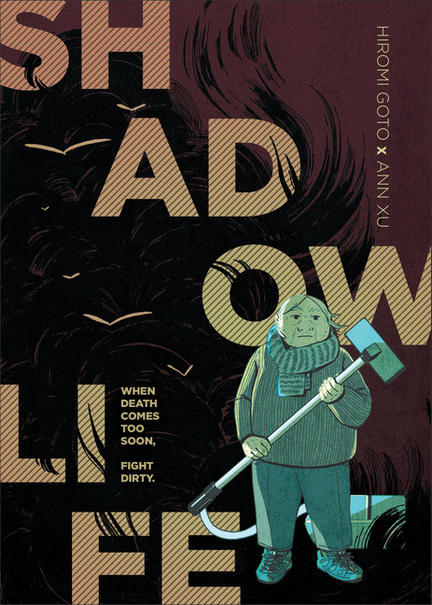 Poet and novelist Hiromi Goto effortlessly blends wry, observational slice-of-life literary fiction with poetic magical realism in the tender and surprising graphic novelShadow Life, with haunting art from debut artist Ann Xu.
When Kumiko’s well-meaning adult daughters place her in an assisted living home, the seventy-six-year-old widow gives it a try, but it’s not where she wants to be. She goes on the lam and finds a cozy bachelor apartment, keeping the location secret even while communicating online with her eldest daughter. Kumiko revels in the small, daily pleasures: decorating as she pleases, eating what she wants, and swimming in the community pool. But something has followed her from her former residence—Death’s shadow.
Kumiko’s sweet life is shattered when Death’s shadow swoops in to collect her. With her quick mind and sense of humor, Kumiko, with the help of friends new and old, is prepared for the fight of her life. But how long can an old woman thwart fate?

8 Books for Fans of Fabulism

A recommended reading list by Kim Neville, whose debut novel is The Memory Collectors.