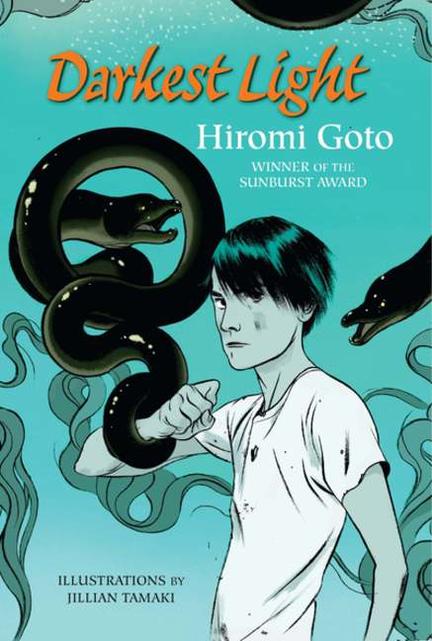 The breathtaking follow-up to the award-winning Half World

Adopted as an infant, Gee has been kept ignorant of his troubled past. Now, at sixteen, he is a loner both despised and feared by his classmates. Dark feelings slowly grow inside him, but as he struggles to control them, his past catches up with him. Abandoning his adoptive grandmother and the place he has called home, Gee is compelled to travel to Half World, one of the Three Realms all living things must pass through. Fractured at one time, the Realms of the Flesh, Spirit and Half World have been reunited, but they are at risk: their fate rests on Gee's own journey of self-discovery. With two unlikely companions, a heartless cat and a self-destructive Neo Goth girl, Gee must fight the monstrous and the horrific—and, most difficult of all, he must overcome his own propensity for evil.

Gripping and mesmerizing, Darkest Light is a compelling journey through despair in a desperate search for redemption.

It has been 16 years since the brave Melanie defeated “Mr. Glueskin,” restoring the balance of the realms of Spirit, Flesh and the purgatory-like Half World. Sixteen years since she brought the newly reborn Glueskin to the realm of Flesh, there to be raised as a human boy. Sixteen years, while the lingering powers of darkness in Half World slowly grew in strength, preparing to call back the one who once ruled supreme there. And now it is time, and the 16-year-old boy, Gee, is not yet ready.

This sequel to Half World leaps breathlessly into action with only a few short pages of review-prologue to catch us up — but even new readers can dive right into this dark, thoughtful exploration of suffering, morality, and humanity. Goto’s central cast — sweetly tough goth Cracker, snarkily mystical White Cat, and in-well-over-hishead Gee — are reassuringly normal companions on our journey through Half World’s hallucinatory landscape. Sensitive readers take note: Half World’s purpose may be purifying, but Goto’s prose is poetically nightmarish and sometimes disturbing, paired beautifully (and creepily) with Tamaki’s occasional illustrations.

The temptations Gee faces are powerful and sensual — and, despite the somewhat Buddhist cosmology, there is something reminiscent of Paradise Lost in our villains’ central conceit: that it is better to rule in Half World than to be shackled to a former life’s sufferings, even if that freedom and power comes at a terrible cost to other souls. Rich, meditative, and a bittersweet pleasure from beginning to end — a fine choice for thoughtful fantasy fans.

In this follow-up to Half World, Gee abandons his adoptive grandmother and travels through Half World, one of the Three Realms all living things must pass through. The fate of the Realms of Flesh, Spirit and Half World rest on Gee’s journey of self-discovery. Accompanied by a heartless cat and a Neo Goth girl, Gee must battle the monstrous and horrific and overcome his own propensity for evil.