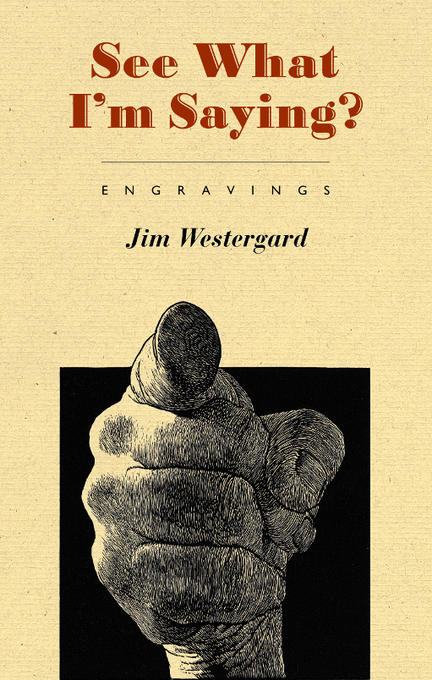 In See What I'm Saying? wood engraver Jim Westergard puts his artistic talents-and his wicked sense of humour-into play with equal effect, offering a series of visual interpretations of some of the more quirky words and phrases that pepper the English language.

Jim Westergard was born in Ogden, Utah in 1939. He was educated at a variety of colleges and universities in California, Arizona and Utah where he completed his BFA and MFA at Utah State. Westergard taught at Metropolitan State College and Northern Illinois University before moving to Alberta in 1975, where he taught at Red Deer College until his retirement in 1999. He became a Canadian citizen in 1980.

Jim Westergard has been creating prints from wood engravings since university days in the late 60s, but had never completed a book-length collection until the original limited letterpress edition of Mother Goose Eggs. The first engraving for this project was finished in 1999. Then, after a four-year struggle which included an unexpected hernia operation and reprinting the press-sheets a second time with helpful hints from Crispin Elsted of the Barbarian Press (Mission, BC), Mother Goose Eggs was finally bound and released in a deluxe edition of eighty copies in 2003.

A person who is called 'pig-headed' is stubborn and contrary, doesn't co-operate, is inflexible and won't listen to reason. A bull-headed person and a pig-headed person, together, would make for a very entertaining barnyard.

Other titles by Jim Westergard

Fly on the Wall