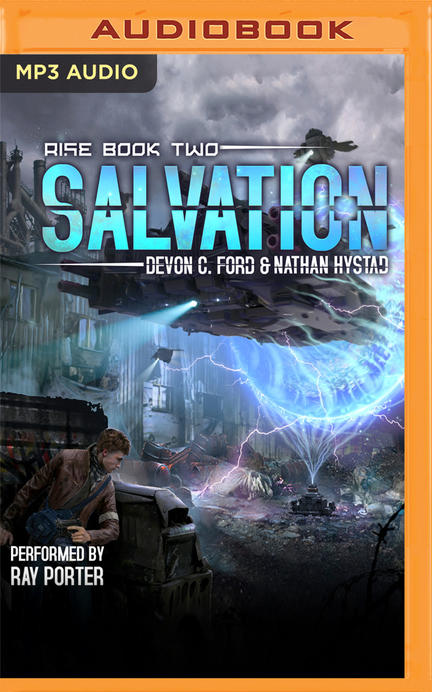 With the newly received schematics of the Gateway from Detroit, Tom and Alec head to the west coast to recruit more manpower, but find that not everyone is willing to rise against the Overseers.

On Tom's orders, Cole travels to Chicago to uncover a hidden enclave of Roamers. Meanwhile, Lina must convince pockets of Freeborn to join the Reclaimer's cause.

Dex is forced to return to the Occupation and lie about his recent whereabouts. He sets off on a covert task that's pertinent to the Reclaimer's success.

Salvation is the second book in the sweeping post-invasion series, Rise, by Devon C. Ford, the author of After It Happened, and Nathan Hystad, the author of The Survivors.