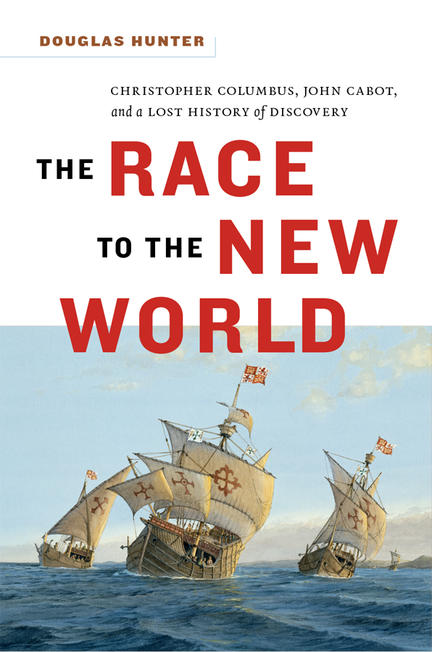 The compelling tale of a rivalry that drove two unlikely explorers to the edge of a new world, informed by groundbreaking new research and superior narrative power.

The final decade of the 15th century was pivotal in world history. The Genoese mariner Christopher Columbus sailed westward into the Atlantic Ocean in 1492, determined to secure for Spain a more direct route to the riches of the Indies. But as Columbus struggled to capitalize on his momentous discovery of distant landfalls, a troubled Venetian bridge contractor in Spain, on the lam from creditors and remembered as John Cabot, audaciously reinvented himself as an explorer and mounted a rival quest for England.

In The Race to the New World, critically acclaimed author Douglas Hunter details the high-stakes race that threatened the precarious power balance of Europe and led both men to the shores of a new world that neither was looking for.

With the use of fresh historical evidence, Hunter tells an untold story of the parallel journeys of Columbus and Cabot -- two explorers whose interconnected lives are only fully understood together.

"As this fascinating historical detective story unfolds, new pieces of an old puzzle are put into place, providing fresh perspective on the traditional discovery narrative...[An] important contribution to the scholarship of exploration history." -- Booklist

DOUGLAS HUNTER has written widely on business, history, the environment and sports. He was a finalist for the Writers’ Trust Prize for Nonfiction and the Governor General’s Award for his book God’s Mercies. His previous books include The Race to the New World; Molson: The Birth of a Business Empire; Yzerman: The Making of a Champion; and The Bubble and the Bear: How Nortel Burst the Canadian Dream, which won the National Business Book Award. He is also a doctoral candidate in history at York University, a Vanier Scholar and Canada’s 2012 William E. Taylor Fellow. Born and raised in Hamilton, where Tim Hortons first became successful, Hunter now lives in Port McNicoll, Ontario.

Other titles by Douglas Hunter

A.Y. Jackson, the Birth of the Group of Seven, and the Great War

The Viking Hoax That Rewrote History

Refreshing the Nation for 120 Years

Race to the New World

Christopher Columbus, John Cabot, and a Lost History of Discovery

Rivalry, Betrayal, and the Dream of Discovery

How to Buy, Sell, Rent, Share, Hand Down and Retire to Your Waterfront Getaway

Scotty Bowman A Life In Hockey