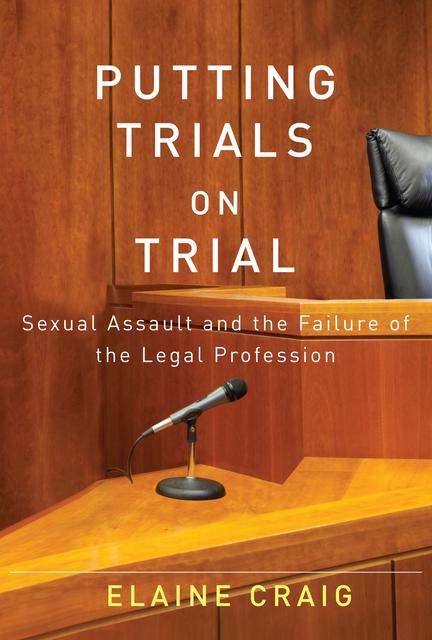 Over the past few years, public attention focused on the Jian Ghomeshi trial, the failings of Judge Greg Lenehan in the Halifax taxi driver case, and the judicial disciplinary proceedings against former Justice Robin Camp have placed the sexual assault trial process under significant scrutiny. Less than one percent of the sexual assaults that occur each year in Canada result in legal sanction for those who commit these offences. Survivors often distrust and fear the criminal justice process, and as a result, over ninety percent of sexual assaults go unreported. Unfortunately, their fears are well founded.

In this thorough evaluation of the legal culture and courtroom practices prevalent in sexual assault prosecutions, Elaine Craig provides an even-handed account of the ways in which the legal profession unnecessarily – and sometimes unlawfully – contributes to the trauma and re-victimization experienced by those who testify as sexual assault complainants. Gathering conclusive evidence from interviews with experienced lawyers across Canada, reported case law, lawyer memoirs, recent trial transcripts, and defence lawyers’ public statements and commercial advertisements, Putting Trials on Trial demonstrates that – despite prominent contestations – complainants are regularly subjected to abusive, humiliating, and discriminatory treatment when they turn to the law to respond to sexual violations.

In pursuit of trial practices that are less harmful to sexual assault complainants as well as survivors of sexual violence more broadly, Putting Trials on Trial makes serious, substantiated, and necessary claims about the ethical and cultural failures of the Canadian legal profession.

Elaine Craig is associate professor in the Schulich School of Law at Dalhousie University.

Other titles by Elaine Craig

Towards a Legal Theory of Sexual Integrity