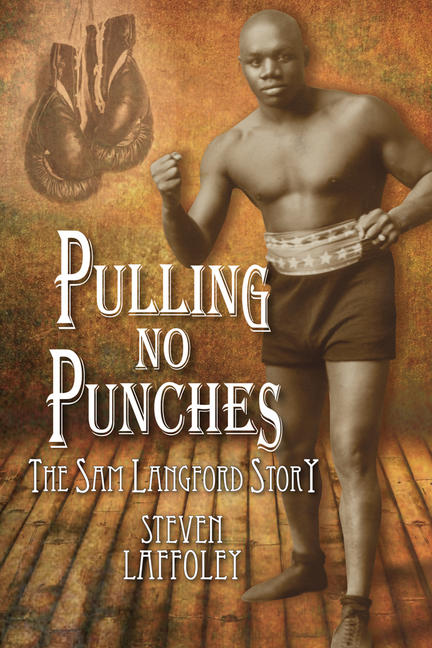 Heavyweight champion Jack Dempsey called Sam Langford from Weymouth Falls, Nova Scotia, “The greatest fighter we’ve ever had.” And champion Jack Johnson stated he “he was the toughest little son-of-a-bitch that ever lived.” Celebrated New York boxing writer Hype Igoe said he was “the greatest fighter, pound for pound, who ever lived,” while New York sports writer Joe Williams said he “was probably the best the ring ever saw.” Langford was so good that many boxers refused to fight him, so good that he took bouts with bigger men just to get a match, so good that he once fought the greatest boxer of his age, Jack Johnson, who was forty pounds heavier and a good foot taller—and still went the distance.

Yet, for all the ferocity of his talent, Sam Langford (1883-1956) could not outbox fistic fate. From his first bout in 1902 until his last a quarter century later, he battled boxing’s colour barrier that kept him from being world champion in three different weight classes. Still, he refused to be knocked down and relentlessly pursued a title shot until he was nearly forty. When, in 1923, he approached Jack Kearns, the manager of then heavyweight champion Jack Dempsey, for a title bout, the wily Kearns looked over the nearly blind, well-past-his-prime boxer, and shook his head. “We were looking for someone easier,” he sighed. He was just that good. When Langford could no longer get his title shot, he retired from the ring in 1926 and soon faded from the public mind—until the serious compilers of lists that recognize boxing’s all-time greatest began including his name, and he found himself becoming a legend.

His official record says he fought 250 bouts, but he remembered fighting more than 500. And he loved to talk about them all, loved the stories that shaped the contours of his life and loved the absolute truth and less-than-certain tales that wove themselves into his boxing legend. Of course, this was as it should have been, because for him, great boxing was as much about the battles’ tales as it was about the battles themselves. This is the story of Sam Langford.