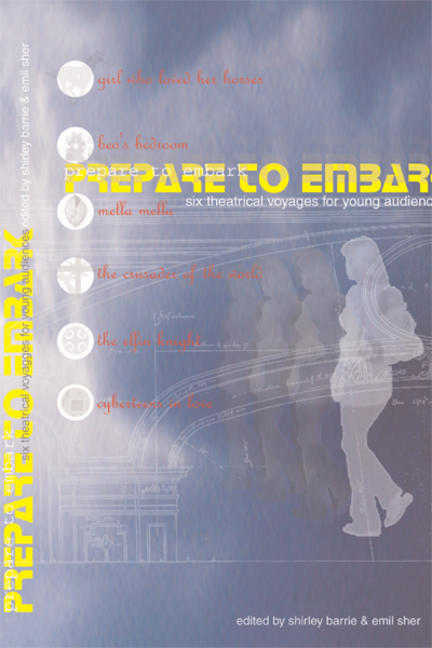 The six plays featured in this collection offer endless ways to engage students in middle grades. Younger students can delight in the language and landscape of Beo's Bedroom and The Elfin Knight in readings and performances staged by older students. More mature students can explore the challenges faced by the protagonists in Cyberteens in Love and Crusader of the World. Students of all ages can draw lessons from the young girls whose stories shape Mella Mella and Girl Who Loved Her Horses. Step into a play and embark.

In 1972 Shirley Barrie co-founded the Wakefield Tricycle Company in London, England with Ken Chubb. In 1978 she wrote The Adventures of Super Granny and the Kid for young audiences and has been on the playwrighting adventure ever since. In 1980 the Wakefield Tricycle Company opened the Tricycle Theatre, a 220-seat theatre that continues to produce plays on the Kilburn High Road in London. In 2006 the theatre received a Special Award for its pioneering political work at the Evening Standard Theatre Awards.

Shirley returned to Canada in 1985. In Toronto, in 1989, after working on a popular theatre project inspired by the stories of immigrant women who work in the garment industry, she joined with long-time friend and collaborator Lib Spry and musician Arlene Mantle to found Straight Stitching Productions. Since 2000, Shirley has worked with story editor Ken Chubb on the development of film and television projects. She was Senior Story Editor on Jozi-H, a thirteen-part hospital drama co-produced by Inner City Films (Canada) and Morula Pictures (South Africa) which was shown on CBC TV in 2006/07 and SABC3 in 2007. She was the executive director of the Canadian Society of Painters in Water Colour from 1988â??2005 and is a part president of the Playwrights Guild of Canada.