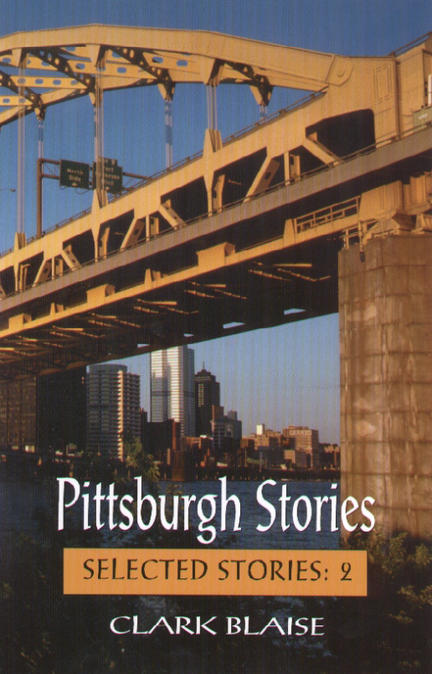 'Written over four decades, Pittsburgh Stories, is the second in a projected four-volume set of Clark Blaise's selected short stories. Set largely during the forties and fifties, these nine stories, with one exception, are reminiscences about a distant Pittsburgh adolescence. The previous and inaugural collection in the series, Southern Stories, was also unified by one locale.

'Blaise's prowess as a writer is evident from the outset. The opening story, ''The Birth of the Blues,'' written in 1983, is clearly the work of a skilful, deft craftsman. A well-honed tale, it impresses with its subtlety and detail. The protagonist, young Frank Keeler, witnesses his father's humiliation before a woman who has hired him to fix her pipes. Standing before the two Keelers in her bathrobe, she reprimands Frank's father and summarily dismisses him. In so doing, she sets both father and son alight with desire, ''becoming for Keeler, the prototype of all beautiful women. For his father, the most perfect bitch.'' '

'These stories are polished and raw at the same time.'

'The pieces collected ... display the sure hand of a skilled writer. And though Blaise is unflinching is his portrayal of the poverty and backwardness of the post-war American South, a muted sense of wonder leads the reader over some very rough terrain.'

'Blaise has the writer's gift of recalling childhood textures in cinematic detail.'

'More often than not, Blaise meets the high standard he has set for himself. In story after story, he deftly blends musings and incidents, subjecting all to searing analysis that never lapses into pat explanations. He's one of those ''genuine artists'' Chekhov celebrated in yet another letter to Suvorin, the ones who know full well you'd best keep your eyes wide open.'