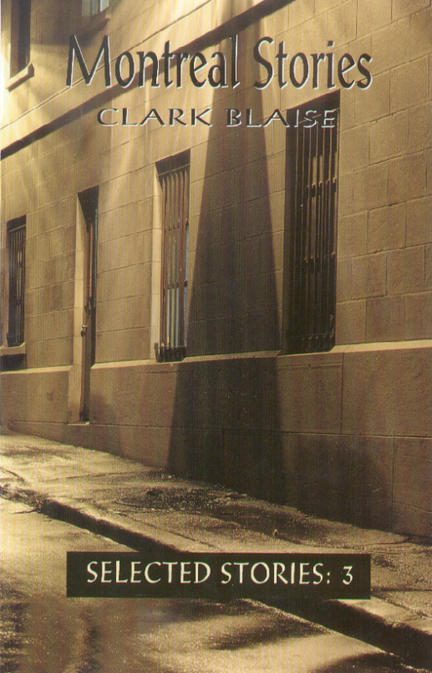 Here gathered together are the Montreal-set stories which made Clark Blaise famous -- such stories as 'A Class of New Canadians', 'Eyes', and 'I'm Dreaming of Rocket Richard' -- alongside two new and unpublished Montreal stories, 'The Belle of Shediac' and 'Life Could Be a Dream (sh-boom, sh-boom)'.

'One way ... to approach the collection is to soak up the atmosphere of the city that Blaise describes with an almost uncanny acuity. He is a sure master, whether painting landscape -- the mean east-end streets of the 1950s seen as ''one big icy puddle of frozen gutter water, devoid of joy, colour, laughter, pleasure, intellect or art'' -- or charting social change in the Plateau, the district transformed in the 1980s from ''a low, squalid slum, dismal and tubercular'' to ''Soho de chez nous ... young, upscale, arty and French.'' '

'Mingling new pieces written especially for each collection with several older, 'classic' stories, the series is an unprecedented event in the history of Canadian literature. Never before has such a large body of work been re-collected in such a way. Never has a writer been so quickly and so completely ''re-presented'' to us. The strength of the project is its ability to foreground the complexity of Blaise's geographical imagination. [ ... ] The series illustrates, more clearly than ever before, that there is something remarkably original about Blaise's work. Blaise is more than just a local colourist who ferrets out the curious details of ''marginal'' communities in order to delight cosmopolitan readers. Rather, if we consider the full arc of his work, we see that for nearly fifty years he has been challenging the way that we understand the concept of place in contemporary Canadian and American literature.'

'Clark Blaise is a born storyteller ... a writer to savour.'

'More than any other writer, Blaise has shown how Canada is linked by geography, immigration and cultural affinity to the wider world ...'