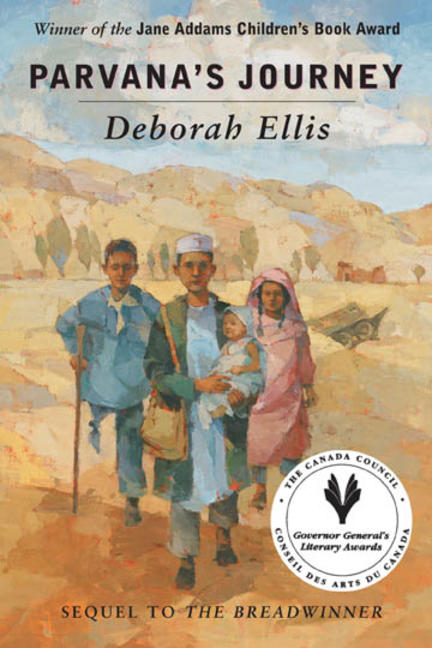 The second book in the internationally-bestselling series that includes The Breadwinner, Mud City and My Name Is Parvana

A war is raging in Afghanistan as a coalition of Western forces tries to oust the Taliban by bombing the country. Parvana's father has died, and her mother, sister and brother have gone to a faraway wedding, not knowing what has happened to the father. Parvana doesn't know where they are. She just knows she has to find them.

She sets out alone, masquerading as a boy, her journey becoming more perilous as the bombs begin to fall. Making her way across the desolate Afghan countryside, she meets other children who are strays from the war. The children travel together because it is easier than being alone. And, as they forge their own family in the war zone that Afghanistan has become, their resilience, imagination and luck help them to survive.

A map, glossary and author's note provide young readers with background and context. Royalties from the sale of this book will go to Women for Women, an organization that supports health and education projects in Afghanistan.

[The books in the Breadwinner trilogy] are terrifying indictments of what war can bring to children and a powerful testaments to the ingenuity and strength of young people in times of terror.

This sequel to The Breadwinner easily stands alone...An unforgettable read.

Ellis, in focusing on the personal struggle of her young character, leaves readers with a lasting impression of another life and culture where, despite desperate hardship, compassion and courage can still prevail.

On finding the story inside history, and bringing it alive for kids.