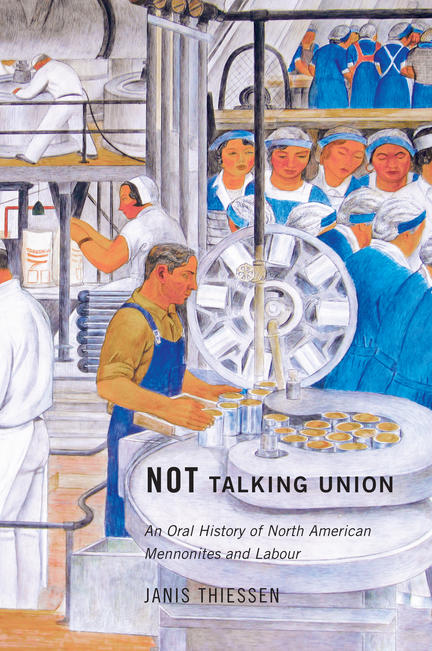 How does one write a labour history of a people who have not been involved in the labour movement in significant numbers and, historically, have opposed union membership? While North American Mennonites have traditionally been associated with rural life, in light of the adjustments demanded by post-1945 urbanization and industrialization, they in fact became very involved in the workforce at a time of important labour foment.

Drawing on over a hundred interviews, Janis Thiessen explores Mennonite responses to labour movements such as Cesar Chavez and the United Farm Workers, as well as Mennonite involvement in conscientious objection to unions. This innovative study of the Mennonites - a people at once united by an ethnic and religious identity, yet also shaped by differences in geography, immigration histories, denomination, and class position - provides insights into how and why they have resisted involvement in organized labour. Not Talking Union adds a unique perspective to the history of labour, exploring how people negotiate tensions between their commitments to faith and conscience and the demands of their employment.

Not Talking Union breaks new methodological ground in its close analysis of the oral narratives of North American Mennonites. Reflecting on both oral and archival sources, Thiessen shows why Mennonite labour history matters, and reveals the role of power and inequality in that history.

Janis Thiessen is an associate professor of History and Associate Director of the Oral History Centre at the University of Winnipeg. Her favourite snack food is dill pickle potato chips.

Other titles by Janis Thiessen