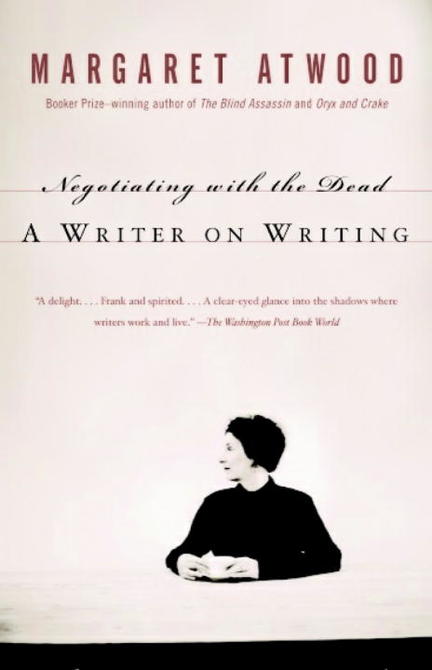 Acclaimed author Margaret Atwood’s definitive look at the role of the writer.

What is the role of the writer? Prophet? High Priest of Art? Court Jester? Or witness to the real world? Looking back on her own childhood and the development of her writing career, Margaret Atwood examines the metaphors that writers of fiction and poetry have used to explain -- or excuse -- their activities, looking at what roles they have chosen to play.

Margaret Atwood’s wide and eclectic reference to other writers, living and dead, is balanced by personal anecdotes from her own experiences as a writer. The lightness of her touch is offset by a seriousness about the purpose and the pleasures of writing, and by a deep familiarity with the myths and traditions of western literature.

“This interesting and compelling book is as wise as it is charming and it is very charming indeed.” -- The Washington Post Book World

“There is a steely quality to Ms. Atwood’s writing that’s a bit scary but also enlightening; no one gets away with anything.” -- Wall Street Journal

“Atwood’s riffs on writing not only will delight readers who are fans . . . but also may serve to cheer fledgling writers.” -- Los Angeles Times

“Atwood allows her wit to shine on almost every page. . . . The result is engaging food for thought.” -- Library Journal