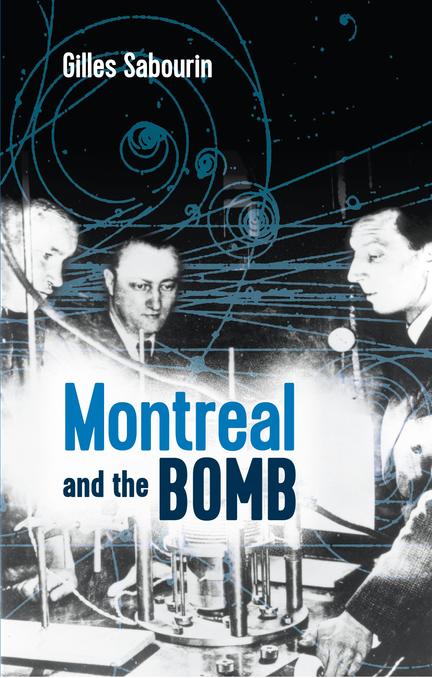 With war raging in Europe, the Allies worried about advances being made by Germans scientists. The British wanted to get a jump ahead of Hitler and the physicists working for the Third Reich. England was too close to the enemy, so they decided to secretly establish a nuclear research laboratory in Montreal. The best scientists moved to Montreal with two goals in mind: develop an ultra-powerful bomb and find a new source of energy. What started as cooperation with the Americans instead became a race to harness the energy of the atom when Washington launched the Manhattan project.

Montreal and the Bomb breathes new life into the exhilarating saga of European scientists secretly developing a strategic nuclear laboratory in the halls of the Université de Montréal. It's a story peopled by leading figures of modern physics, bold chemists, and scientists accused of spying. The one idea driving them is to master the atom, whatever the result may be.

Gilles Sabourin is a nuclear engineer specialized in the safety of nuclear power plants. He worked for more than twenty years for the Montreal office of Atomic Energy of Canada Limited. Montreal and the Bomb is the result of fifteen years of intensive research into the atomic energy adventure in Montreal during the Second World War. He lives in the Montreal area.

Katherine Hastings has worked as a Quebec-based translator and copyeditor since 1995. She has translated two novels by Jean-Michel Fortier, The Unknown Huntsman (2016) and The Electric Baths (2020); co-translated Tatouine, a novel by Jean-Christophe Réhel (2020); and revised numerous other books for QC Fiction, an imprint of Baraka Books, including Éric Dupont's 2018 Giller Prize finalist Songs for the Cold of Heart.

An absolutely fascinating story; I felt like I was reading a “roman noir? with spies and treason but based on true events.  Michel Desautels, Radio-Canada (CBC)

I highly recommend this book to anybody who is interested in the history of science in Quebec and particularly in physics. Yvan Dutil, Science Presse

an exciting book on the history of science and spying.  Louis Cornellier, Le Devoir

Gilles Sabourin tells the story of this little-known episode in our history, providing a portrayal of Montreal that could inspire best spy movies. Les Libraires

the story reads like a spy novel. [?] The care Gilles Sabourin took to provide depth to those who people the story and reveal the depth and the darkness that has surrounded it makes the book particularly riveting. Lecture dominicale

Other titles by Katherine Hastings