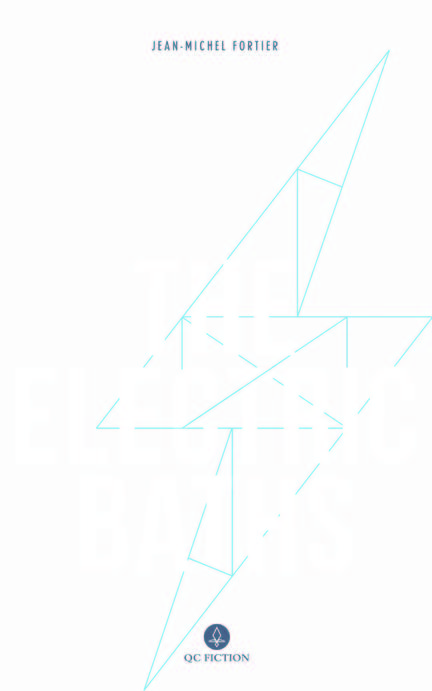 A surprise return home triggers a chain of events, their strands weaving together a sinister web of dreams and reality, lies and truth, secrets and spells.

Jean-Michel Fortier's chilling second novel features a cast of memorable characters, including Renée, who never dreams (or does she?), and the oft-widowed Bella, who signs her personal ads “Come, and be prepared to stay forever.?

Following in the tradition of Fortier's absurdist first novel, The Unknown Huntsman, this is a dark and offbeat tale about lost love, lost dreams, and one lost limb.

Jean-Michel Fortier was born in Quebec City in 1987. He completed a master's degree in literature at Université Laval before moving to Montreal, where he currently works as a copy editor. The Electric Baths is his second novel, following in the absurd tradition of The Unknown Huntsman.

"The Electric Baths is full of secrets; ones that the reader desperately wants answered. It's also full of eccentric characters; ones that will delight you, trouble you, and make you ask questions [?] unique and enjoyable." Naomi MacKinnon, Consumed by Ink )

"Fortier (The Unknown Huntsman) threads reality with dreams in this enchanting tale about a small unnamed village full eccentric characters and secrets ... slim and wispy with curious characters and effortless prose." Publishers Weekly

"It would be remiss not to mention Fortier's style, his originality, his colourfulness. His influences” I could go in a few different directions: Fred Pellerin, Michel Tremblay, Jacques Ferron... all of them good! It makes you want to go back and read his first novel, and to hope there's another on its way. (Martin Prévost, pieuvre.ca)

"The latest, second novel by Jean-Michel Fortier was highly anticipated for good reason: with The Unknown Huntsman, its predecessor, Fortier created a world all his own, a world composed of mystery and intrigue in a far-flung, unnamed village, scrambling all our points of reference and using subtle, sardonic humour to take great delight in fiddling with language and narrative techniques." (Jean-Sébastien Doré, Impact Campus)

"at once mysterious and preposterous. [...] What is real” What is false” What is imagined in this world where dreams meet reality” It's up to each of us to decide! [...] Fortier keeps us in thrall with his colourful (slightly old-fashioned) language, his mischievous tone, and the shivers he dispenses as his characters' misadventures play out on the way to the stormy finale. A delight!" (Josée Boileau, Journal de Montréal)

"[The Electric Baths] explores the porous boundaries that separate dreams from reality, friendship from enmity, truth from lies, life from death. [...] Somewhere between a testy fable and a high fever." (Dominique Tardif, Le Devoir)

"Do sleepwalkers dream of electric baths” Jean-Michel Fortier plunges readers into strange stormy nights, leads us along dreamlike paths, and sends shivers down our spines. The author knows how to maintain suspense and excels in the art of presenting a small community that's being gnawed away at by secrets and fed by rumour, as he proved already in his first novel, [The Unknown Huntsman]. [...] An enigmatic, ambiguous novel that has similarities to Anne Hébert's Kamouraska." (Marise Belletête, Les méconnus)

Other titles by Katherine Hastings

Montreal and the Bomb