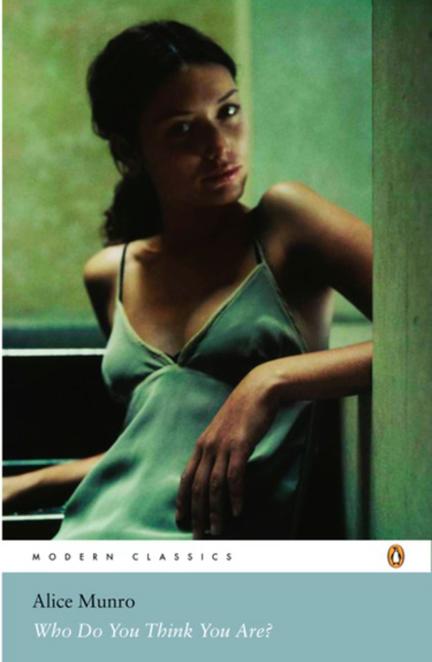 Rose and her stepmother, Flo, live in Hanratty-across the bridge from the "good" part of town. Rose, alternately fascinated and appalled by the rude energy of the people around her, grows up nursing her hope of outgrowing her humble beginnings and plotting an escape to university.

Rose makes her escape and thinks herself free. But Hanratty's question-Who Do You Think You Are?-rings in her ears during her days in Vancouver, mocks her attempts to make her marriage successful, and haunts her new career.

In these stories of Rose and Flo, Alice Munro explores the universal story of growing up-Rose's struggle to accept herself tells the story of our lives.

Wayne Johnston is the author of several novels. He has won many prestigious awards for his work including the Books in Canada First Novel Award for his debut novel, The Story of Bobby O'Malley, the Canadian Authors Association Award for Most Promising Young Writer, and the Thomas Head Raddall Fiction Award for The Divine Ryans. Both The Colony of Unrequited Dreams and The Navigator of New York spent extended periods of time on bestseller lists in Canada and have also been published in the US, Britain, Germany, Holland, China and Spain. Colony was identified by the Globe and Mail newspaper as one of the 100 most important Canadian books ever produced (including both fiction and non-fiction).

"Alice Munro's stories are universally admired-if one defines the 'universe' as that part of the world's population that reads good books." - Wayne Johnston

"In Alice Munro’s hands, the smallest moments contain the central truths of a lifetime." - Maclean’s

Other titles by Wayne Johnston

The Mystery of Right and Wrong

The Son of a Certain Woman

Old Lost Land of Newfoundland, The

The Custodian of Paradise

Evening Snow Will Bring Such Peace

The Navigator of New York

A recommended reading list by author of the new book Lent.

You will never look at any of these titles in quite the same way again.

Julie Paul on Autumn and Falls

"Yes, dears. Of course leaves are all that will ever drop from above."