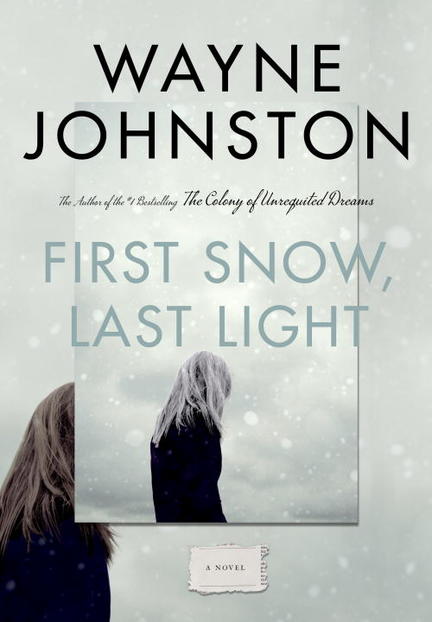 From the author of the critically acclaimed, prizewinning and internationally bestselling The Colony of Unrequited Dreams comes an epic family mystery with a powerful, surprise ending, which features the return of the ever-fascinating Sheilagh Fielding, one of the most memorable characters in fiction.

Ned Vatcher, only 14, ambles home from school in the chill hush that precedes the first storm of the winter of 1936 to find the house locked, the family car missing, and his parents gone without a trace. From that point on, his life is driven by the need to find out what happened to the Vanished Vatchers. His father, Edgar, born to a poor family of fishermen, had risen to become the right-hand man to the colony's prime minister, then suffered an unexpected fall from grace. Were he and his wife murdered? Was it suicide? Had they run away? If so, why had they left their only child behind?
Ned soon finds himself enmeshed in another family, that of his missing father and the poverty from which the man somehow escaped. His grandparents, Nan and Reg, his Uncle Cyril and others, are themselves haunted by the inexplicable disappearance of a third Vatcher, a young man who was lost at sea on a calm and sunny day years earlier. Two other people loom large as Ned becomes Newfoundland's first media mogul, building an empire to insulate him from loss: a Jesuit priest named Father Duggan, and Sheilagh Fielding, a boozy giantess who, while wandering the city streets at night, composes satiric columns that scandalize the rich and powerful. In Ned, Fielding sees a surrogate for her two lost children, the secret that dogs her life, while Ned believes the enigmatic Fielding to be his soulmate.
The novel builds to a spectacular resolution of the mystery of all the Vanished Vatchers. Only Wayne Johnston could create such larger-than-life, mythic characters embroiled in events that leave us contemplating not only their tragedies and triumphs, but the forces that compel us all to act in ways that surprise and sometimes terrify us.

Wayne Johnston is the author of several novels. He has won many prestigious awards for his work including the Books in Canada First Novel Award for his debut novel, The Story of Bobby O'Malley, the Canadian Authors Association Award for Most Promising Young Writer, and the Thomas Head Raddall Fiction Award for The Divine Ryans. Both The Colony of Unrequited Dreams and The Navigator of New York spent extended periods of time on bestseller lists in Canada and have also been published in the US, Britain, Germany, Holland, China and Spain. Colony was identified by the Globe and Mail newspaper as one of the 100 most important Canadian books ever produced (including both fiction and non-fiction).

“Few writers today rival Newfoundland’s Wayne Johnston’s sheer power to astonish. . . . [First Snow, Last Light] recalls, perhaps, a nostalgia that many still harbour of an independent Newfoundland, but at the heart of it is a love-hate relationship with The Rock. This is a wondrous book.” —Toronto Star

“[A] clear examination of the heart and its deepest wants. . . . [First Snow, Last Light] is a leisurely account of the warping of personality by loss, and a cracking mystery at the same time. . . . The novel’s strength is in its wrenching honesty; love here is persistent and uncertain, never knowing quite where to land, but always trying. Johnston has Newfoundland itself mirror this idea when it joins Confederation in 1949 after trying to go it alone, which led to ‘self-caused destruction.’ His historical touch is light, and he’s especially good on early twentieth-century social mores, particularly the enormous pressure to conform. . . . It’s also a compelling whodunit, with tension spun out across much of its length.” —Alix Hawley, author of All True Not a Lie in It, The Globe and Mail

“[Johnston’s trilogy of Newfoundland novels] are rich in geographical and historical detail, to the point where Newfoundland itself is as important a character as the protagonists.” —Atlantic Books

“[Johnston’s] Sheilagh Fielding is one of the great characters of all time.” —Linden MacIntyre, author of The Only Café, Winnipeg Free Press

“Newfoundland is a brand on the soul of the people in this novel. Wayne Johnston weaves a compelling mystery into a sweeping saga of the heart. And amid a cast of terrific characters, Fielding is a signal achievement.” —Ann-Marie MacDonald, author of Adult Onset and Fall On Your Knees

Other titles by Wayne Johnston

The Mystery of Right and Wrong

The Son of a Certain Woman

Old Lost Land of Newfoundland, The

The Custodian of Paradise

Modern Classics Who Do You Think You Are

Evening Snow Will Bring Such Peace

The Navigator of New York