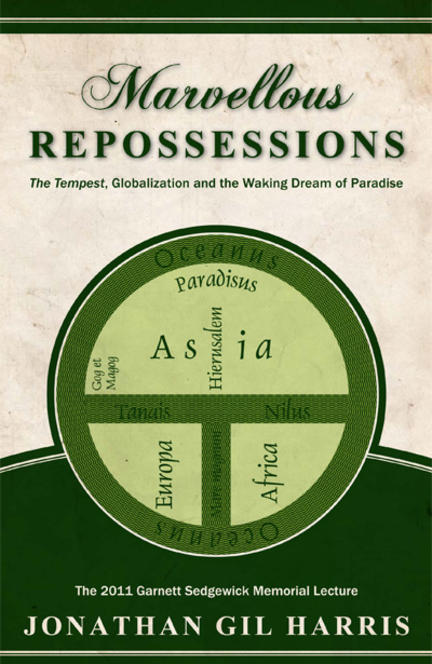 For many years now theatre directors have argued about how to present Shakespeare's The Tempest. Originally, the play was seen as Prospero's use of magic to reclaim his European heritage against corrupt usurpers. More recently, the play has been produced as a protest against the ongoing colonialism in the new world. In his 2011 Garnett Sedgewick Lecture at the University of BC, Professor Harris explores the play and its historical background to show how it is driven by a waking dream in which progress towards a glorious future shades into recovery of a lost past. Drawing on the logbook of Christopher Columbus in his voyage of discovery, Harris reminds us how Columbus believed that he was travelling to the East and that he had approached the original Garden of Eden. Moreover, the gold that was to be found in the supposed East would be used to create the prosperity of the West. In his examination of contemporary anti-colonialist productions of The Tempest, Harris shows how there remains a move backwards to an original paradise — in fact replicating the movement within The Tempest itself.

Jonathan Gil Harris is Professor of English at George Washington University, where he has taught since 2003. Prior to that, he held positions at Ithaca College, New York, and the University of Auckland in New Zealand. The past recipient of fellowships from the Folger Shakespeare Library, the Society for the Humanities at Cornell University, and the National Endowment for the Humanities, he has also served as Associate Editor of Shakespeare Quarterly since 2005.