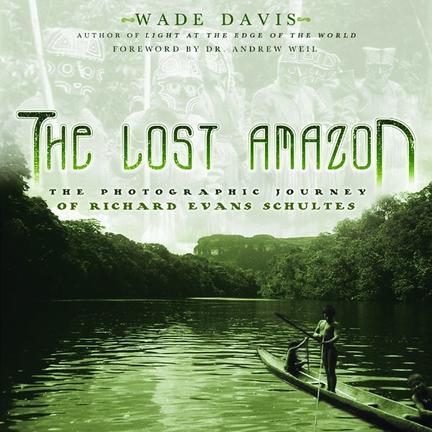 A stunning visual tribute to the greatest Amazonian explorer and ethnobotanist of the twentieth century.

In 1941, Richard Evans Schultes took a semester's leave of absence from Harvard and disappeared into the Northwest Amazon of Colombia. Twelve years later he returned, having gone places no outsider had been: mapping uncharted rivers and living among two dozen Indian tribes while collecting some thirty thousand botanical specimens, including two thousand novel medicinal plants and three hundred species new to science.

The Lost Amazon is the first major publication to examine Schultes' work as seen through his photographs. The book features text by Wade Davis and facsimile reproductions of Schultes' original handwritten notes from the field.

Dr. Andrew Weil is an internationally recognized expert on medicinal herbs, mind-body interactions and integrative medicine, and the author of eight books, including the best seller Eating Well for Optimum Health. He lives in Tucson, Arizona.

"This is a fascinating tale of one of the greatest explorers of the 20th century and Wade Davis has done an admirable job at bringing to life Schulte's' time in the jungle. The pictures alone would have made a great book but combined with the incredible story of this amazing man it [is] so much more."

Other titles by Andrew Weil