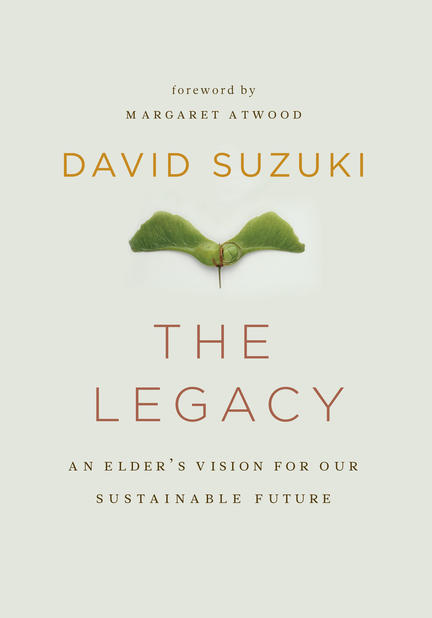 Now available in paperback, The Legacy represents the culmination of David Suzuki's knowledge and wisdom and his legacy for generations to come.

If he had to sum up all that he has learned in one last lecture, what would David Suzuki say? In this expanded version of the lecture that he delivered in December 2009 and that will be released as a film in 2010, Suzuki, one of the planet's preeminent elders, explains how we got where we are today and presents his vision for a better future.

In his own lifetime, Suzuki has witnessed an explosion of scientific knowledge as well as a huge change in our relationship with the planet -- a tripling of the world's population, a greatly increased ecological footprint through the global economy, and a huge growth in technological capacity. These changes have had a dire effect on Earth's ecosystems and consequently on our own well-being. To deal with this crisis, we must realize that the laws of nature have priority over the forces of economics and that the planet simply cannot sustain unfettered growth. We must also recognize the limits of scientific reductionism and the need to adopt a more holistic point of view. Perhaps most important, we must join together as a single species to respond to the problems we face. Suzuki ends by saying that change begins with each of us; all it takes is imagination and a faith in the inherent generosity of Mother Earth.