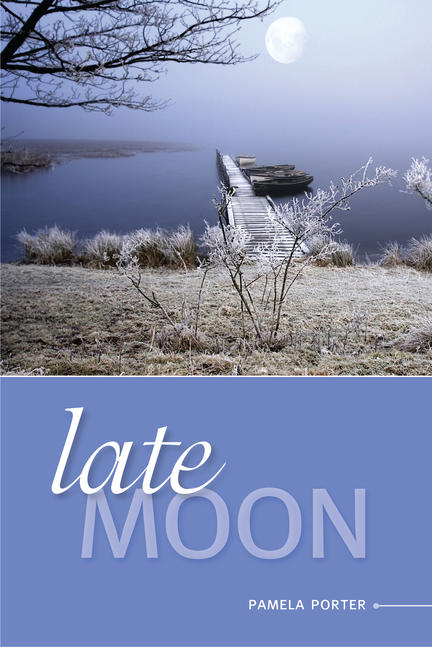 This stunning collection will break your heart and put it back together again, as Pamela Porter unravels a long-held family secret in a moving personal search for redemption, face to face with the question of her own identity. As she says, “It was this way when Rome was burning, / and was not so different / when dark fires flared / outside the walls of Eden.” These poems brim with deep longing, remorse, the beauty of the natural world, an abiding thirst for the truth, and finally, acceptance and peace, as when there is “a choir of foxes, out from their hollow / in the early dark, / yipping, yipping and singing, / praising the bright, the unkempt world.” Late Moon is a testament to the strength of the human spirit and to the transformative power of language – with Porter writing to rise “above the grief-stricken world/ and sing all night.”