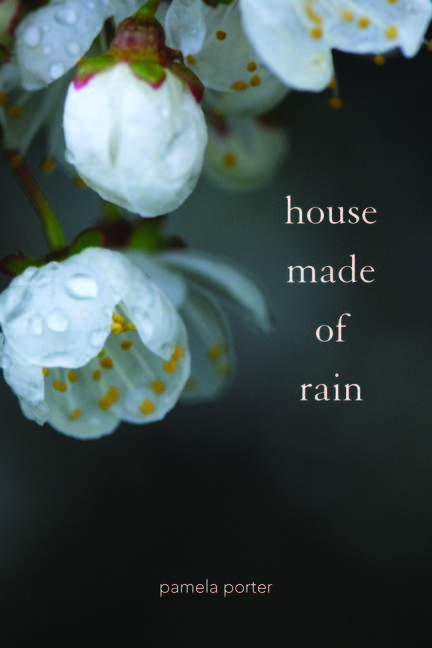 In this breathtaking collection of poems, Pamela Porter invokes the twin mysteries of love and loss to illumine the heart burdened by grief, yet comforted and renewed by the beauty of the natural world. In the long poem “Atonement,” Porter takes us into a human drama, rich with astonishments: “There was no snow, but you could say the snow buried everything, and you’d be right.” In simple language at once lyrical and powerful, these poems are a meditation on vulnerability — “how fragile we are; a word shatters us” — on nature, where plum blossoms are “kissed eyelids, moths,/the night’s numberless secrets,/little messengers that whisper, release,” and on the heart’s ability to mend, even under the most difficult circumstances. To love deeply, to grieve and, ultimately, to praise, carries us into the country of possibility, where we “begin again/to name each thing: Say water. Say breath. / Say empty. Say heart,” and ultimately, arrive, changed and blinking in the light.

“You certainly feel as if you are in good hands with Porter, confident, insightful, steady hands, and though we never discover that nugget of information searched for through the book, we are left with the feeling that, probably, that’s okay.” —PRISM

“Porter’s collection evokes the poetics of Rilke—the attentiveness to the natural world and the ‘infinite solitude’ he ascribed to works of art.” —Arc

“House Made of Rain provided the emotional and visual complexity necessary to take me beyond myself and into another deeper, heavily shadowed world, and it was well worth the trip.” —FreeFall

“Pamela Porter is a poet to be grateful for.” —Patrick Lane