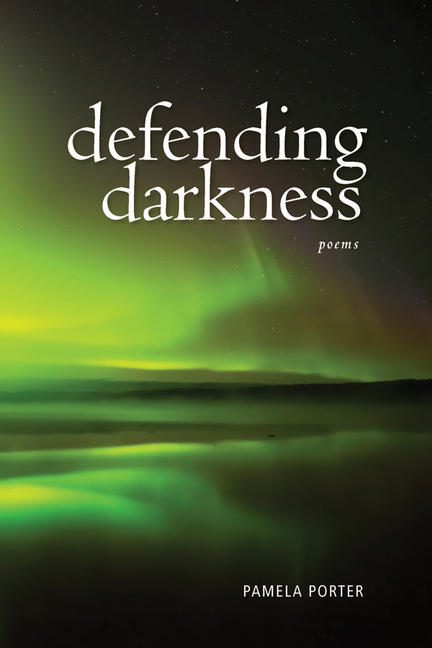 In Defending Darkness, starting over is a constant theme as Pamela Porter explores what wisdom can be gained in “waiting on the heart to finish her grieving,” and then to move on — across borders, through time, even into eternity. These poems carry the adversity we all must endure with a kind of singing that is “older than praise, younger than light, cousin to regret, sister to fate,” and finally, to declare, “We were instruments of music, every one . . . we sang for a season.” With such singing, even darkness itself can be defended. Pamela Porter has been praised for her deeply redemptive poetry, often said to “evoke the poetics of Rilke.” Powerful, searing, lyrical, Defending Darkness is surely a book to treasure.

“So much wildness in Defending Darkness. This delicate poetry wrestles with whatever makes us wild, what is wild around us and inside us, prizes it — and makes of it music.” — Arleen Paré, Governor General’s winner for Lake of Two Mountains

Poetry Books from BC

Most Anticipated: Our Fall 2016 Poetry Preview