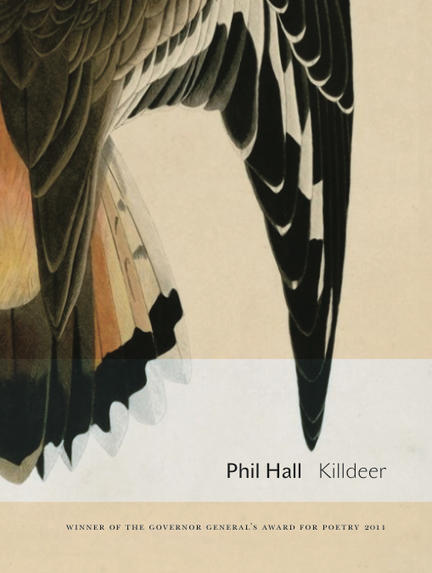 These are poems of critical thought that have been influenced by old fiddle tunes. These are essays that are not out to persuade so much as ruminate, invite, accrue.

Hall is a surruralist (rural & surreal), and a terroir-ist (township-specific regionalist). He offers memories of, and homages to -- Margaret Laurence, Bronwen Wallace, Libby Scheier, and Daniel Jones, among others. He writes of the embarrassing process of becoming a poet, and of his push-pull relationship with the whole concept of home. His notorious 2004 chapbook essay The Bad Sequence is also included here, for a wider readership, at last. It has been revised. (It's teeth have been sharpened.)

In this book, the line is the unit of composition; the reading is wide; the perspective personal: each take a give, and logic a drawback.

Language is not a smart-aleck; it's a sacred tinkerer.
Readers are invited to watch awe become a we.

In Fred Wah's phrase, what is offered here is "the music at the heart of thinking."

Phil Hall’s first small book, Eighteen Poems, was published by Cyanamid, the Canadian mining company, in Mexico City, in 1973. Among his many titles are: Old Enemy Juice (1988), The Unsaid (1992), and Hearthedral – A Folk-Hermetic (1996). In the early 80s, Phil was a member of the Vancouver Industrial Writers’ Union, & also a member of the Vancouver Men Against Rape Collective. He has taught writing at York University, Ryerson University, Seneca College, George Brown College, and is currently the Writer in Residence at Queen's University. He has been poet-in-residence at Sage Hill Writing Experience (Sask.), The Pierre Berton House (Dawson City, Yukon), & elsewhere. In 2007, BookThug published Phil’s long poem, White Porcupine. Also in 2007. he and his wife, Ann, walked the Camino de Santiago de Compostela. He is a member of the Writers’ Union of Canada, and lives near Perth, Ontario. Recent books include An Oak Hunch and The Little Seamstress. In 2011, he won Canada’s Governor General’s Award for Poetry for his most recent collection, Killdeer, a work the jury called “a masterly modulation of the elegiac through poetic time.” Killdeer was also nominated for the 2012 Griffin Poetry Prize, and won the 2012 Trillium Book Prize.

A meditation on the poetic process that stimulates both the intellect and the imagination.
- Barbara Carey, The Toronto Star

Hall manages to rescue the lyrical essay from its recondite excesses and turn it into something that's as adventurous as it is readable. Hall has called himself a "surruralist," and this book charts his development as a writer, but it also demonstrates and furthers that development.
- Paul Vermeersh, The Globe and Mail.

Hall is aware that he's aligned with an aesthetic of past decades that may not be fashionable, but he seems determined to keep its spirit alive by understanding what it tells us about our aesthetic today. To him I would give an award for unabashedly keeping an authentic Canadian poetic voice alive.
- The Montreal Gazette

I don't know Hall's work other than this book, which I glanced at and was immediately forced to sit down & read cover to cover. He gets my vote for Canadian book of 2012 and I was glad to see Killdeer receive Canada's Governor General's prize for poetry. It's a wonderful read, even if Hall is a bit of a curmudgeon.
- Ron Silliman

...a wonderfully provocative experience...
- Jeff Weingarten via The Bullcalf Review

Killdeer is a testament to the creative life as an act of faith and transformation.
- The Griffin Prize Judges' Citation

...encompassing the best of what folk art is meant to be, self-taught and working-class, as [Hall] carves poems from a collage of phrases, lines and stanzas, while still managing to produce a highly-crafted 'high' art.
- Rob McLennan

These pieces are written with such honesty and empathy that it is impossible to read them and not tremble.
&ndash Stevie Howell via Arc

Other titles by Phil Hall