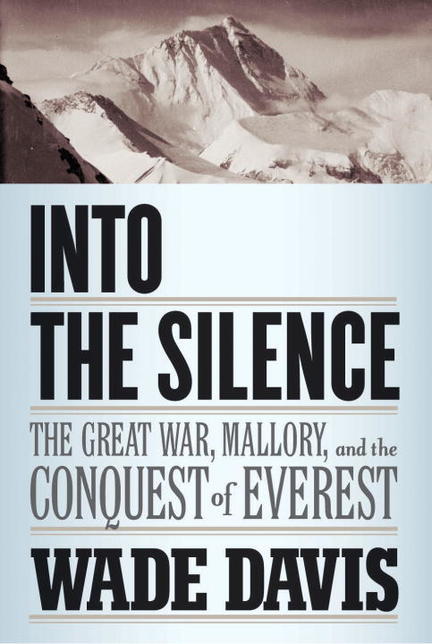 A magnificent work of history, biography and adventure.

If the quest for Mount Everest began as a grand imperial gesture, as redemption for an empire of explorers that had lost the race to the Poles, it ended as a mission of regeneration for a country and a people bled white by war. Of the twenty-six British climbers who, on three expedtions (1921-24), walked 400 miles off the map to find and assault the highest mountain on Earth, twenty had seen the worst of the fighting. Six had been severely wounded, two others nearly died of disease at the Front, one was hospitalized twice with shell shock. Three as army surgeons dealt for the duration with the agonies of the dying. Two lost brothers, killed in action. All had endured the slaughter, the coughing of the guns, the bones and barbed wire, the white faces of the dead.

In a monumental work of history and adventure, ten years in the writing, Wade Davis asks not whether George Mallory was the first to reach the summit of Everest, but rather why he kept on climbing on that fateful day. His answer lies in a single phrase uttered by one of the survivors as they retreated from the mountain: "The price of life is death." Mallory walked on because for him, as for all of his generation, death was but "a frail barrier that men crossed, smiling and gallant, every day." As climbers they accepted a degree of risk unimaginable before the war. They were not cavalier, but death was no stranger. They had seen so much of it that it had no hold on them. What mattered was how one lived, the moments of being alive.

For all of them Everest had become an exalted radiance, a sentinel in the sky, a symbol of hope in a world gone mad.

"The best new book I've read in which the War figures hugely is by Wade Davis and it's called Into the Silence… I don't think I've read anything that has shocked me as much as these accounts did. Written with an extraordinary kind of address and a feel for its barbarity that is really hair raising."
—Andrew Motion, The Guardian (podcast)

"Into the Silence is a breathtaking triumph. An astonishing piece of research, it is also intensely moving, evoking the courage, chivalry and sacrifice that drove Mallory and his companions through the war and to ever greater heights."
—William Shawcross

"Into the Silence is utterly fascinating, and grippingly well written. With extraordinary skill Wade Davis manages to weave together such disparate strands as Queen Victoria's Indian Raj, the 'Great Game' of intrigue against Russia, the horrors of the Somme, and Britain's obsession to conquer the world's highest peak, all linking to that terrible moment atop Everest when Mallory fell to his death. The mystery of whether he and Irving ever reached the summit remains tantalizingly unsolved. Into the Silence deserves to be an instant bestseller."
—Alistair Horne

"The meticulously researched and definitive account of a legend… Fascinating and immensely enjoyable."
—Leo Houlding

"The First World War, the worst calamity humanity has ever inflicted on itself, still reverberates in our lives. In its immediate aftermath, a few young men who had fought in it went looking for a healing challenge, and found it far from the Western Front. In recreating their astonishing adventure, Wade Davis has given us an elegant meditation on the courage to carry on."
—George F. Will

"Wade Davis' mesmerizing telling of Mallory's fabled story gives new and revealing weight to the significance of its post-war era and to Mallory's dazzlingly accomplished and courageous companions. Into the Silence succeeds not only because Davis' research was prodigious, but because every sentence has been struck with conviction, every image evoked with fierce reverence - for the heartbreaking twilight era, for the magnificent resilience of its survivors, for their mission, for Mallory, for his mountain. An epic worthy of its epic."
—Caroline Alexander, author of The Endurance and The War That Killed Achilles

"I was captivated. They were a gilded generation and for me the nineteen twenties and thirties were the golden age of mountaineering. Wade Davis has penned an exceptional book on an extraordinary generation. They do not make them like that anymore. And there would always only ever be one Mallory. From the pathos of the trenches to the inevitable tragedies high on Everest this is a book deserving of awards. Monumental in its scope and conception it nevertheless remains hypnotically fascinating throughout. A wonderful story tinged with sadness."
—Joe Simpson, author of Touching the Void

Books to Connect You to the Landscape