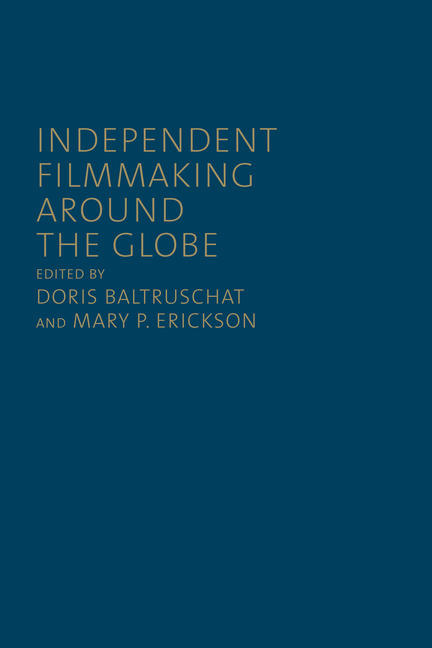 Independent Filmmaking around the Globe calls attention to the significant changes taking place in independent cinema today, as new production and distribution technology and shifting social dynamics make it more and more possible for independent filmmakers to produce films outside both the mainstream global film industry and their own national film systems. Identifying and analyzing the many complex forces that shape the production and distribution of feature films, the authors detail how independent filmmakers create work that reflects independent voices and challenges political, economic, and cultural constraints.

With chapters on the under-explored cinemas of Greece, Turkey, Iraq, China, Malaysia, Peru, and West Africa, as well as traditional production centres such as the United States, the United Kingdom, Canada, and Australia, Independent Filmmaking around the Globe explores how contemporary independent filmmaking increasingly defines the global cinema of our time.

Doris Baltruschat is a research fellow and instructor in the Department of Theatre and Film and the Centre for Cinema Studies at the University of British Columbia. A former juror for the Canadian Independent Film and Video Fund, she has extensive professional experience in the film and television sectors.

Mary P. Erickson teaches in the School of Journalism and Communication at the University of Oregon. She has worked as a publicist for the Northwest Film Forum in Seattle, a nonprofit film arts organization, as well as on several independent films.

‘It is not only one of my favourite film studies readings for the year 2015, but a very helpful and fundamental anthology to assist teaching courses of related topics.’

‘Independent Filmmaking is an indispensable resource, and it would also be an excellent text for a survey of new international cinema…. Highly recommended.’