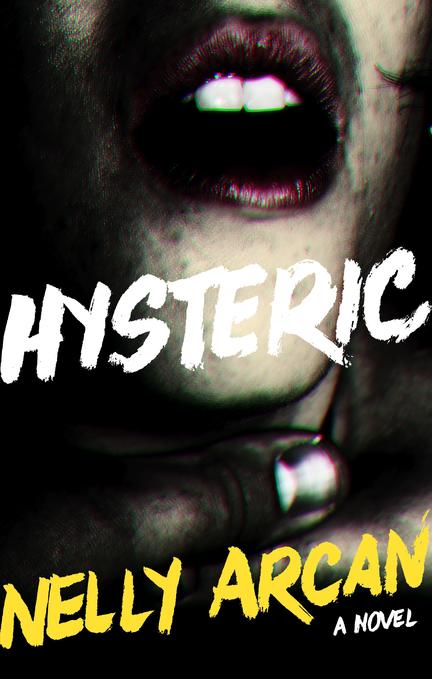 In this daring act of self-examination and confession, the late novelist Nelly Arcan explores the tortured end of a love affair. All the wrong signals were there from the start, but still, she could not help falling. More than a portrait of an affair gone wrong, Hysteric is a chronicle of life among the twenty- and thirty-somethings, a life structured by text messages, missed cell phone calls, the latest DJs and Internet porn. When the writer’s aunt read her tarot cards, no predictions for her future ever appeared. This tale, an astounding feat of literary realism, shares the story of a woman who loses her identity in a man in hopes of finding love. Told in the same voice that made her first novel Whore an international success, Nelly Arcan manages to answer the challenges she set down for herself in her previous books.

"She writes from a place that is both deeply embodied and highly intellectual—if someone’s womb really did end up on their brain, and that person then wrote a book, it might read something like Hysteric. English readers are lucky to have access to more of Arcan’s brains and guts, and this translation is hopefully a herald of growing appreciation for a uniquely talented and brutally brave writer." (Montreal Review of Books)

“Hysteric is a raw stroke of wild love that explores desire and memory, fear and love, a novel that leaves the lights on for its readers, hurts as much as it haunts, and brings a much-needed philosophy to the genre of urban literary fiction.” (The Georgia Straight)

One of the Telegraph Journal's Most Anticipated Books of 2014

"... With the publication of Breakneck this month (A Ciel ouvert, 2007), the small Canadian publisher Anvil Press concludes its project of publishing all of Arcan's novels in translation. ... Fantastically intelligent, always trying to second-guess how a woman should be, Arcan finds death the only answer to her predicament. In style and emotion—and honesty—her work is a much closer cousin to Edouard Leve's Suicide than to the archness of Belle de Jour or Catherine Millet. The best way to absorb Arcan's work is to read it in chronological order, and then to lament that the titles of her work—Whore, Hysteric, Breakneck, Exit—so succinctly and poignantly summarize the short life and hard-won philosophy of this exceptional writer." (The Times Literary Supplement)