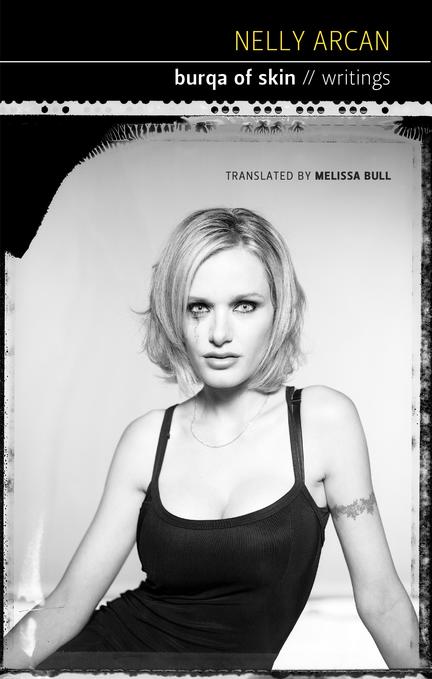 Burqa of Skin is a dense collection of writings from Nelly Arcan, channelling harrowing disenchantment and indignation. From her very first novel, Putain (Seuil, 2001), Arcan shook the literary landscape with her flamboyant lyricism and her preoccupations with such recurring themes as our culture’s vertiginous obsession with youth, and its reverse: the draw of death. Now beyond the ripples of scandal Arcan’s work has caused, here are the last echoes of her work, and it is as stunning as it is brief.

Burqa of Skin, with its gruesome title, catapults her work into contemporary debates on culture and gender. The book collects three previously unpublished works: “The Dress,” “The Child in the Mirror” and “Shame.” The first two are written in the first person, in that turbulent, suffocating language that was Arcan’s singular brand, that of a writer on the edge. In the third text, she analyses with inexhaustible ferocity her humiliating experience on the set of a TV talk show. Two lesser-known non-fiction pieces are also included in this collection: a reflection on speed dating and a column published in 2004 titled “Suicide Can Be Harmful to Your Health.”

Praise for Burqa of Skin:

"A masterpiece, a rare and poisonous plant whose posthumous publication makes [the work] all the more striking." (Juliette Einhorn, Le Figaro)

"... When Arcan’s writing is at its sharpest—as it nearly always was, and as Melissa Bull’s translation convincingly conveys—practically every sentence can serve as a jumping-off point for sustained contemplation and/or heated debate. ..." (The Montreal Gazette)

"... the writing is genuine and lived, giving an almost real-time picture of the author's philosophical wrestlings ... stylishly translated by Melissa Bull … Fantastically intelligent, always trying to second-guess how a woman should be, Arcan finds death the only answer to her predicament. In style and emotion—and honesty—her work is a much closer cousin to Edouard Leve's Suicide than to the archness of Belle de Jour or Catherine Millet. The best way to absorb Arcan's work is to read it in chronological order, and then to lament that the titles of her work—Whore, Hysteric, Breakneck, Exit—so succinctly and poignantly summarize the short life and hard-won philosophy of this exceptional writer." (The Times Literary Supplement)

Melissa Bull is a writer, editor and translator based in Montreal. Her writing has been featured in Event, Matrix, Lemon Hound, Broken Pencil, The Montreal Review of Books, Playboy, and Maisonneuve. She has translated such authors as Nelly Arcan, Kim Thuy, Évelyne de la Chenlière, Raymond Bock, Alexandre Soublière, and Maude Smith Gagnon for various publications. Melissa has a BA in Creative Writing from Concordia University and is currently pursuing her MFA in creative writing at the University of British Columbia. She is the 2013 winner of CBC’s Hyperlocal Award, and her first collection of poetry, Rue, was published in 2015.

Other titles by Melissa Bull