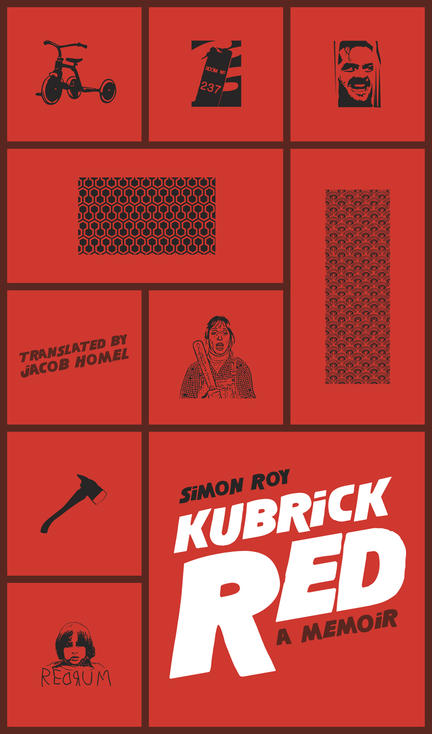 Stanley Kubrick’s film The Shining was released in 1980 and has been fascinating viewers ever since. It is a psychological thriller about a writer with writer’s block (along with his wife and their young son) who takes a job as caretaker of an isolated hotel in the Colorado mountains during the winter off-season. The boy, Danny, is gifted with a “sixth sense” and soon begins receiving disturbing messages about the hotel’s mysterious past, and thus begins a cinematic descent into madness and terror.

Simon Roy first saw The Shining when he was ten years old and was mesmerized by a particular line in the movie spoken by Dick Hallorann, the chef of the Overlook Hotel, while he is giving the family an orientation tour of the facilities. Hallorann seems to speak directly to Danny (and Simon Roy) while in the middle of enumerating the stock of the hotel’s pantry to Danny’s mother. He glances at Danny and the words cross telepathically into the boy’s mind: “How’d you like some ice cream, Doc?”

Roy encountered the scene by chance, while idly flipping through the channels on the television, but the short scene left an indelible mark upon him: “The doubling of Chef Hallorann’s voice created in me such powerful unease that I can still feel it, intact, thirty years later. … I felt like Hallorann had for a moment drawn back from his role as the guide of the Overlook Hotel to establish a direct relationship with me and reveal something hidden.”

Roy has since seen the movie over forty-two times, and the painstaking bond he has knitted with this story of evil has enabled him to absorb the disquieting traits of his own family’s “macabre lineage.” Analysis of the film, and the many parallels to his own family’s troubled history, have allowed him to gain insight into the nature of domestic violence.

Simon Roy is professor of literature at Lionel-Groulx College in Sainte-Thérèse, Quebec. Kubrick Red: A Memoir is his first book.

Other titles by Simon Roy