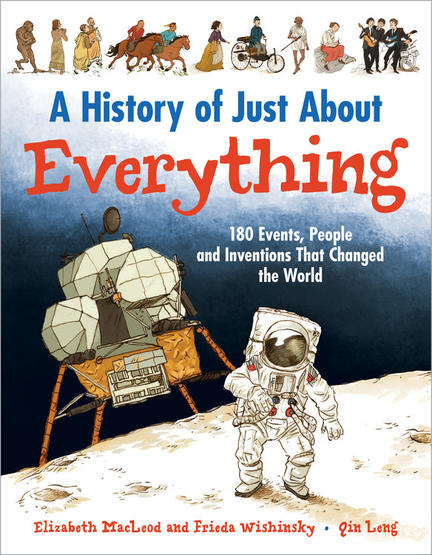 From Buddha and Muhammad to King and Mandela, from the discovery of fire to the invention of the World Wide Web, and from Romeo and Juliet to Harry Potter and the Philosopher's Stone, this is a thorough and thoroughly entertaining compendium of important people and events.

FRIEDA WISHINSKY has written over seventy books for children, including Oonga Boonga; You're Mean, Lily Jean; the Marilyn Baillie Picture Book Award winner Please, Louise!; the middle-grade series Survival, and the non-fiction books Explorers Who Made It . . . or died trying; Everything but the Kitchen Sink and Colossal Canada. Frieda lives in Toronto, Ontario with her husband. Visit her online at www.friedawishinsky.com.

Other titles by Frieda Wishinsky

How Emily Saved the Bridge

How to Become an Accidental Genius