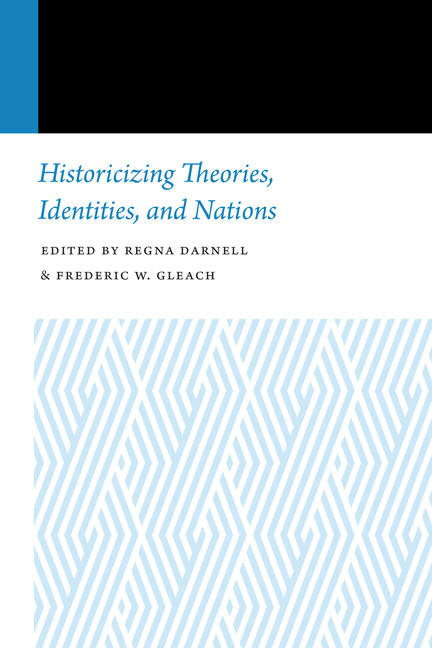 The Histories of Anthropology Annual presents diverse perspectives on the discipline’s history within a global context, with a goal of increasing awareness and use of historical approaches in teaching, learning, and conducting anthropology. The series includes critical, comparative, analytical, and narrative studies involving all aspects and subfields of anthropology.

Volume 11, Historicizing Theories, Identities, and Nations, examines the work and influence of scholars, including Franz Boas, Ruth Benedict, John Dewey, Randolph Bourne, A. Irving Hallowell, and Edward Westermarck, and anthropological practices and theories in Vietnam and Ukraine as well as the United States. Contributions also focus on the influence of Western thought and practice on anthropological traditions, as well as issues of relativism, physical anthropology, language, epistemology, ethnography, and social synergy.

"Historicizing Theories, Identities, and Nations mark the 11th volume in the Histories of Anthropology Annual series. Once again, editors Regna Darnell and Frederick W. Gleach have curated a stimulating array of essays that enrich scholarly inquiries into the discipline's many pasts. Synthesizing subjects that have appeared in previous iterations of the series, the 11th volume brings together 13 chapters under the banner of theories, identities, and nations and the scholarly understanding of these subjects' respective histories. In addition to these guiding terms, multiple robust and overlapping themes can be traced throughout the volume including anthropology's underappreciated interactions with other disciplines and the formulation, circulation, and modification of anthropological ideas and debates in relation to the varied geopolitical developments of the 20th century."—Nicholas Barron, Anthropology Book Forum