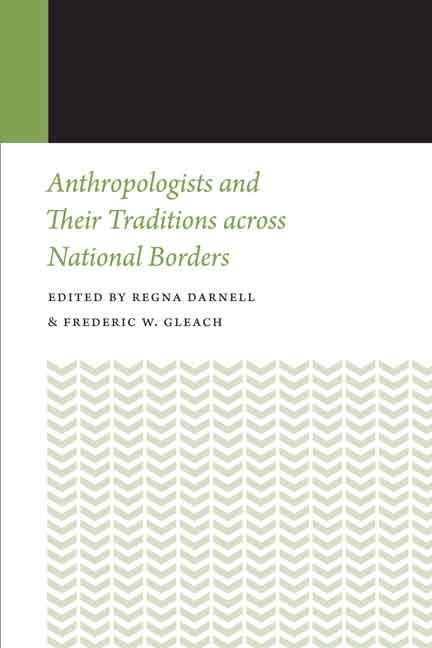 Volume 8 of the Histories of Anthropology Annual series, the premier series published in the history of the discipline, explores national anthropological traditions in Britain, the United States, and Europe and follows them into postnational contexts. Contributors reassess the major theorists in twentieth-century anthropology, including the work of luminaries such as Franz Boas, Claude Lévi-Strauss, Bronisław Malinowski, A. R. Radcliffe-Brown, and Marshall Sahlins, as well as lesser-known but important anthropological work by Berthold Laufer, A. M. Hocart, Kenelm O. L. Burridge, and Robin Ridington, among others.
These essays examine myriad themes such as the pedagogical context of the anthropologist as a teller of stories about indigenous storytellers; the colonial context of British anthropological theory and its projects outside the nation-state; the legacies of Claude Lévi-Strauss’s structuralism regarding culture- specific patterns; cognitive universals reflected in empirical examples of kinship, myth, language, classificatory systems, and supposed universal mental structures; and the career of Marshall Sahlins and his trajectory from neo-evolutionism and structuralism toward an epistemological skepticism of cross- cultural miscommunication.

“Another fine contribution to the diverse histories of our field. Like all volumes in the series, Anthropologists and Their Traditions across National Borders challenges us to think beyond standard renditions of an anthropology that presumably ‘stays put’ in space and time. Exploring the work of both well-known and largely forgotten anthropologists, this volume compels us to travel into theoretical and methodological borderlands where traditions like functionalism, structuralism, and applied anthropology may not be exactly what they seem.”—Luke Eric Lassiter, author of The Chicago Guide to Collaborative Ethnography