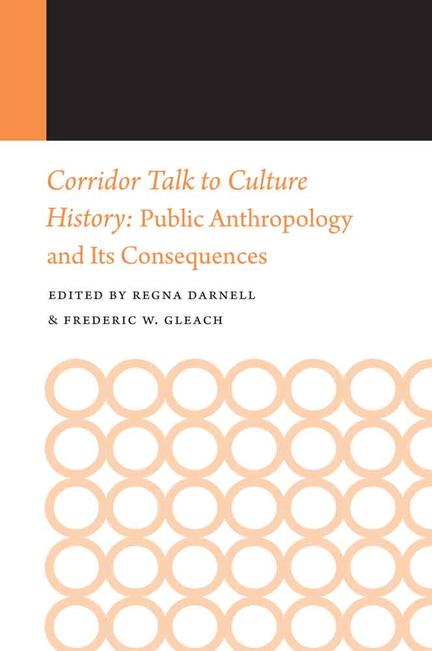 The Histories of Anthropology Annual series presents diverse perspectives on the discipline’s history within a global context, with a goal of increasing awareness and use of historical approaches in teaching, learning, and doing anthropology. Critical, comparative, analytical, and narrative studies involving all aspects and subfields of anthropology are included.

This ninth volume of the series, Corridor Talk to Culture History showcases geographic diversity by exploring how anthropologists have presented their methods and theories to the public and in general to a variety of audiences. Contributors examine interpretive and methodological diversity within anthropological traditions often viewed from the standpoint of professional consensus, the ways anthropological relations cross disciplinary boundaries, and the contrast between academic authority and public culture, which is traced to the professionalization of anthropology and other social sciences in the nineteenth century. Essays showcase the research and personalities of Alexander Goldenweiser, Robert Lowie, Harlan I. Smith, Fustel de Coulanges, Edmund Leach, Carl Withers, and Margaret Mead, among others.

“This volume is part of an excellent series on the history of anthropology. There is no current series like it, and the editors are among the best scholars in this field.”—Paul Shankman, author of The Trashing of Margaret Mead: Anatomy of an Anthropological Controversy

“Well worth the reading. It is a valuable addition to the genre.”—Frank A. Salamone, author of Charlie Parker: The Trickster of Jazz