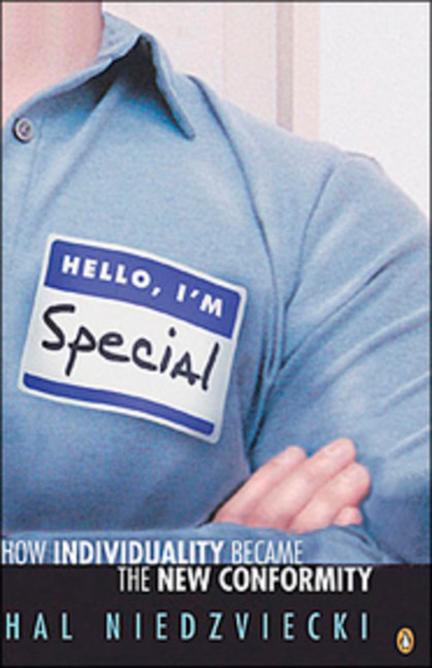 For his thirtieth birthday, Hal Niedzviecki received what his parents thought was the perfect card for their rebellious son. On the front it depicted a crowd scene-dour grey men in suits, hats, and overcoats. Inside it said: "Happy Birthday to a non-conformist."Niedzviecki had a moment of crisis. "If I'm a rebel sanctioned by society, encouraged by my parents, and cheered on by Hallmark, what is left to rebel against?"

In Hello, I'm Special, the guru of indie culture offers up a barrage of facts, observations, and arguments that point to the extinction of the non-conformist and the rise of individuality as the new conformity. In chronicling his singular encounters as an editor and pop culture explorer, his meditations touch on everything from religion to karaoke, from declining birth rates to Celebrity Worship Syndrome, from Mississauga's famed Backyard Wrestling Federation to Friday night Sabbath in Atlanta, Georgia. He unearths the amateur underground-zines, People Cards, the Trampoline Hall Speakers' Series-and shines a spotlight on the self-help industry, Canadian Idol, Hollywood, and mainstream media. The result is a smart, witty, and impassioned argument that shatters the you-can-do-anything pop myth and exposes the paradox of individuality.